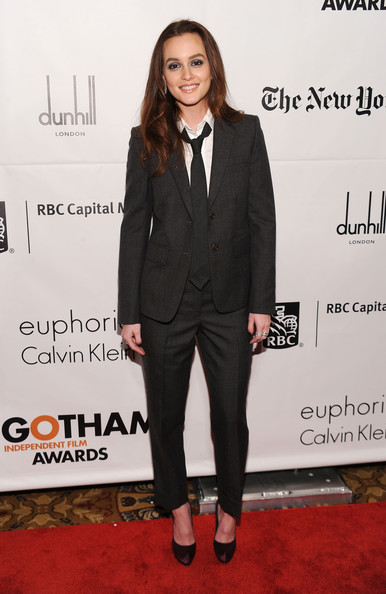 Taking the androgynous look to the extreme, Leighton Meester opted to wear a Thom Browne dinner suit to the 20th Annual Gotham Independent Film Awards in New York last Friday – but we can’t quite figure out whether we’re all for her new-found look.

The young actress did, however, go back to her wardrobe roots by teaming her boyish look with some ultra feminine Salvatore Ferragamo pumps and stunning Bulgari jewellery, which reminds us all the more why we’re not taken with this ‘I just raided my boyfriend’s wardrobe’ get-up – we’re just too used to Leighton’s girly ways.

Next time we suggest playing it safe with a pretty Valentino frock – after all, Ms. Meester, you’re the ultimate girl next door!

Get the beauty look: Leighton Meester