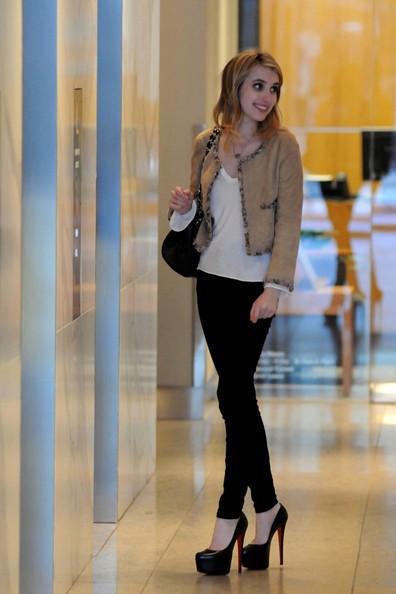 Emma Roberts isn’t exactly a normal 19-year-old. The Hollywood starlet may be following in her Auntie’s footsteps (that’s Julia Roberts, FYI) in the acting world, but she’s quickly paving her own way as a style icon.

Spotted in West Hollywood yesterday, the actress wore skinny jeans with a white t-shirt and expertly finished her outfit off with a classic Chanel jacket and a pair of sky high Christian Louboutin courts.

Not exactly low maintenance for a browse round the shops, but she’s certainly making sure she’s one to watch.

Still a teenager and she’s wearing Chanel? We’re sure we should mutter something about life not being fair. What do you think of Emma’s look? Cast your votes in our poll below.
[poll id=”58″]