We’re gearing up to kick off fashion month – well, NYFW is well under way with several reports of FROW-gracing celebrity IT girls- and it’s all getting a little heated.

Kanye’s decided to show in one of fashion’s most easily offended cities again, after a rather ‘rap with a capital C’ to quote one onlooker, debut, and Karl Lagerfeld is on some sort of mission to be branded the next Galliano (minus the racism), after unnecessarily mentioning one of fashion’s pet hates when talking about the ridiculously talented Adele: the ‘F’ word.

Yes, the man at the helm of the intertwined C’s candidly called Adele ‘fat’ in an interview with the Metro newspaper, although he cleaned up his verbal vomit by adding she has a ‘beautiful face and a divine voice.’ In the real world, there is nothing untrue about Lagerfeld’s comments. Adele is a large lady. ‘Large’ can be taken as euphemism on my part, if you wish, but it doesn’t withdraw from the fact that Adele isn’t Alexa.

On an equal footing, Adele’s weight doesn’t deduct a single scrap of talent from the phenomenally gifted young lady that she is. Tremendously admired either side of the pond, with global album sales in excess of 23.5 million; this immense affection for her arises from the simple fact that she can, with such ease, captivate an audience of thousands by appearing on stage with just a microphone and pianist in tow. That not a single special effect; vintage Versace body or pyrotechnic-laden spectaculars are needed to enhance what she has. She has it all.

But it wasn’t labeling Adele ‘a little too fat’ that got my mind reeling, it was more the reaction afterwards. The Cut reported on designer Isaac Mizrahi’s unwavering defence of Lagerfeld’s comments, as the designer ran to the aid of his fellow fashion friend, saying: ‘I’m serious, because someone has to defend people like Karl Lagerfeld. We have to defend Karl Lagerfeld’s rights!’ Rights? Sorry, did we hear right, Mr Mizrahi? The designer went on to say: “Icons are people too. They are allowed to express themselves too.” We agree, Karl Lagerfeld is indeed a fashion deity, worthy of worship and indeed, of his expressiveness we are reminded every time we lay eyes on that underwater wonderland he created. But I am convinced at the time of writing this that Adele, too, is an icon; a major, heartstring-strumming one at that. Both Lagerfeld and Adele are the darlings of their respective industries.

But, is being an icon enough to slate another icon? Does Lagerfeld have such a ‘right’ that needs protecting? Although in his interview, Lagerfeld refers to his heftier days and how the media’s intense focus on his appearance was a crushing experience; his comments reek of hypocrisy, and to a certain extent of arrogance towards the very calibre of people responsible for keeping Chanel afloat: the rich, famous and wanted. Only in 2009, he supposedly spurted fat-phobic remarks at Beth Ditto, after the enamoured singer went to meet Lagerfeld backstage.

If a stupidly talented, larger-sized music artist such as Adele is paining Karl’s allegiance to the world of stick-thins, then what of his bespectacled rotund fashion friend, Alber Elbaz? Is Lanvin suddenly undesirable? Are the clothes “divine” but the creator ‘a little too fat?’

For a man who sports a contradictory pairing of gloves and sunglasses indoors, (although we love you for it, see!), is noticeably different and sparks a cash-strapped frenzy with his ostentatious shows, he ought to be a lot wiser with his words. Does he really possess the right to slate the appearance of an influential young woman just because he can make a singing Florence Welch emerge from an oyster shell?

Adele’s weight clearly wasn’t an obstacle on her way to mega stardom, so what point is Lagerfeld trying to make? Was he dropping a subtle hint that maybe, he was considering Adele as a muse, and wanted her to shed the pounds? No chance. Not now, anyway.

Although Lagerfeld concluded his apology to Adele with: ‘She is the best. I can’t wait for her next CD’, I’m pretty sure Adele won’t be rushing to FROW-it at Chanel during fashion month. Although calling Adele the other ‘F’ word won’t result in Chanel’s sales plummeting or a hate campaign being waged against Kaiser Karl, it’ll surely make him shudder every time he’ll think of the high fashion handbag voodoo Adele probably subjected her Chanel Jumbo Flap bag to. Poor, poor quilted bag…. 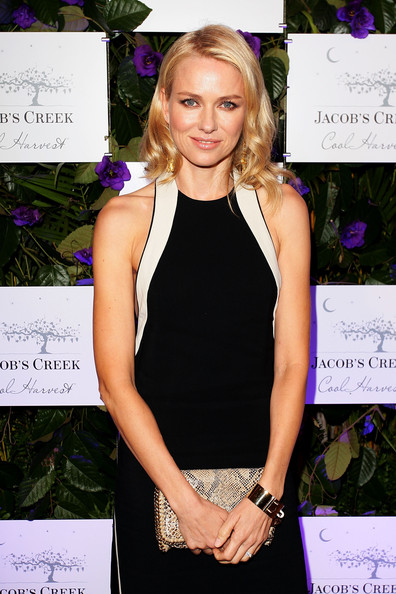 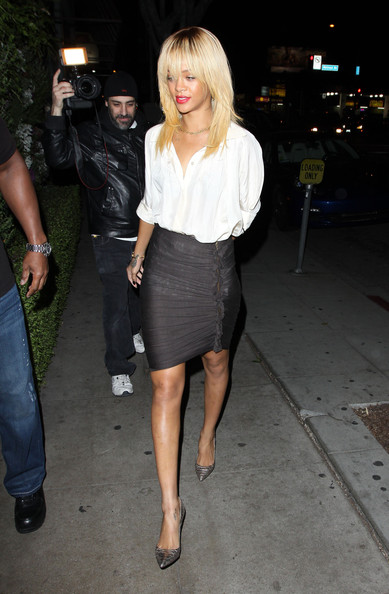 A newly-blonde Rihanna channels her inner sexy secretary in LA