This girl is unstoppable right now! Miley Cyrus hasn’t put a foot wrong on the red carpet since she gave her hair the chop and attended Elton John’s Oscars party last month.

We didn’t think it could get better than the Emilio Pucci number that she wore to the world premiere of The Hunger Games, but we think we may have spoken too soon.

She did an Angelina Jolie and wore a thigh-split Jenny Packham dress in a beautiful understated shade of coral (our current obsession), and later changed into an elegant black number which she wore while performing at the do.

We couldn’t possibly pick a fave, so we’re asking you to do the hard work for us. 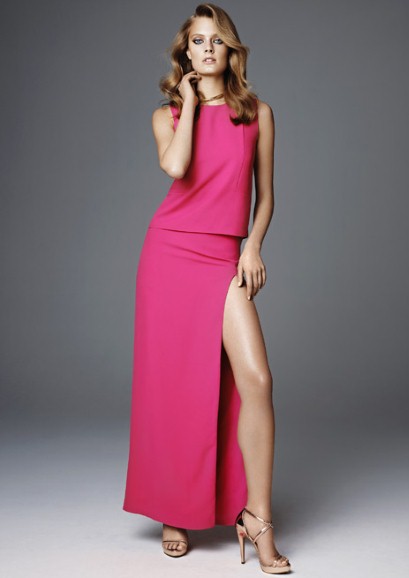 Is H&M branching out into the luxury market?

Tuesday Shoesday: Hats off to Flats!