According to British Vogue editor Alexandra Shulman, Adele’s cover was one of the worst sellers of all time. Ouch! Still, we doubt the singer is worrying about it too much, as she’s only gone and won herself two Ivor Novello prizes! (Congrats, Adele!)

“Music stars haven’t sold at all well,” Alexandra said. “Adele is the most popular woman in the world, but one of the worst sellers we’ve ever had.

“I find there has to be a relationship with the person on the cover that goes beyond how they look. Our most successful cover was the millennium issue – which didn’t have anyone on it, but acted like a mirror so you could see your own reflection!”

Maybe so, but we personally don’t think it’s about the cover star at all, and more to do with the pic that was used. We reckon that if the camera zoomed out a bit so we could see some actual fashion, sales would have definitely increased. What say you?

Music stars may not do so well, but we all know that royalty would be able to shift a few copies. However, as much as Alexandra (and the rest of the world) wants Kate Middleton to pose for Vogue, it doesn’t look like it’s in the pipeline just yet.

We won’t rule it out though, as Princess Diana sat for a total of four magazine covers, so we’re remaining optimistic!

Getting creative with Bridesmaids dresses 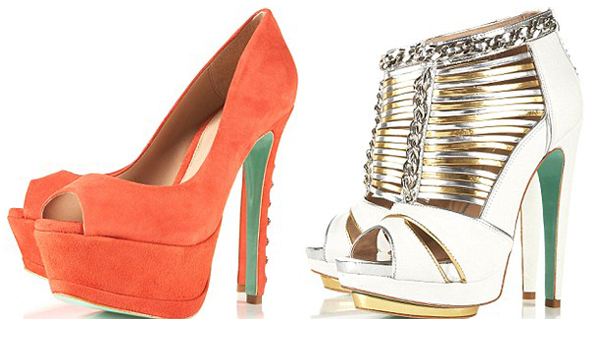