Muhammad Ali has been revealed as the new face of Louis Vuitton’s Core Values campaign, taking over from the one and only Miss Angelina Jolie.

Sure he isn’t as pretty as Ange, nor does he have her gorgeous full head of hair or Hollywood brood (although his grandson is equally as adorable as the Jolie-Pitt kids!), but we predict his influence will be just as great!

Akin to Angelina’s Louis Vuitton campaign which debuted this time last year, the heavyweight boxing champ’s ad campaign was also shot by famed photographer Annie Leibovitz. No fancy location needed for the backdrop though… he’s just casually chillin’ in his house in Arizona. Jealous, much?!

“Muhammad Ali is the epitome of an outstanding personality – a true living legend in boxing and far beyond,” Yves Carcelle, a spokesperson for Louis Vuitton said in a statement.

“We are honoured that he agreed to be photographed for the Core Values campaign, and delighted with the way this beautiful portrait of the champion and his grandson captures the idea of transmission, which is of great significance to Louis Vuitton.”

Let’s all look at his grandson one more time and let out a collective “awwwww”!

Get 70% off top brands at SecretSales.com 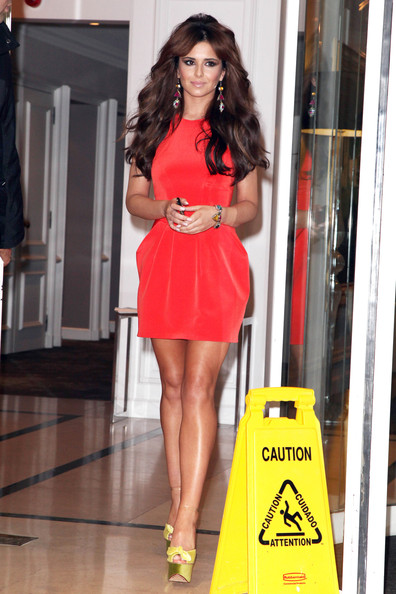 Cheryl Cole gets top marks for her Dion Lee look