Emma Stone has been doing the rounds at glamorous parties and premieres for her latest movie The Amazing Spider-man, and as expected, she’s been pulling out style-startler after style-startler on the red carpet! Up this week is Emma in a Dolce & Gabbana fall 2012 number at the Madrid premiere for the film.

Next up is Whitney Port in a Camilla and Marc fall 2012 number, as she attended the press launch for ‘Britain & Ireland’s Next Top Model’. Surprisingly, this outfit looks more spring/summer than fall, and the Kurt Geiger ‘Enigma’ mules add a touch of the beloved high street!

Finishing this week’s Rate or Slate is our fashion favourite Diane Kruger at the NHL Awards, in an Alessandra Rich spring/summer 2012 number. This lady is a recurring vision of style perfection on the red carpet, but with this look, we’re still deciding…

It’s over to our Style Jury to dissect…

Emma Stone: ‘I can see how this dress could look so wrong on so many people but I don’t think Emma Stone is one of them. I loved this dress on the runway and Emma’s subtle hair, make-up and accessorising really helps translate it from catwalk to real life. The colour palette complement’s Emma’s skin tones beautifully. No surprises – this is my favourite.’

Whitney Port: ‘I can take or leave Whitney’s look here. It’s nothing special and the shoes are really offending me but I like the mishmash of colours which is just what this country needs! Maybe this will look better from behind a judges desk!’

Diane Kruger: ‘I wish the top half had been a little less blocky and a bit more dainty and elegant like Diane Kruger herself, but there’s no denying that she still looks gorgeous.I like the tied back hair but not too keen on the chunky sandal straps… a nice Choo wouldn’t have gone amiss here.’

Emma Stone: ‘Emma can do no wrong for me. I might hate this on other people – I think it could really do with ditching the sleeves OR making it a bit shorter – but, hey, it’s on Emma Stone. Well played at being Emma Stone, Emma Stone.’

Whitney Port: ‘Whitney looks like a startled rabbit here. A startled rabbit in bad accessories and ill-fitting clothing whose camouflaged body would maybe only work against the backdrop of a LSD hallucination.’

Diane Kruger: ‘I have to admit: I am slightly bored of the sheer-maxi-skirt-over-bodycon-mini thing but DK looks perfectly pretty and polished here. The super-simple hair was just what it needed. Bravo, Diane!’

‘Although Emma’s choice gives her an older look, the dress print and details are uber elegant. Whitney has made all the wrong choices in my book! Her outfit gives her a plump like figure, especially that weirdly printed and horribly shaped top. And don’t get me started on those shoes and pointless necklace! Diane manages to shine in absolutely everything. I love the colour, lace, and sheer skirt, and the hair lines her face structure quite well. However I would have liked to see fancier pumps instead of the ones she chose as they really take away from the outfit glam.’ – Iman Mansour Fathallah via Facebook

‘I dislike all three. The first picture especially! What were they thinking?’ – @CreativeEyespy via Twitter

‘I don’t think any of these looks do these ladies any justice.’ – @Pretty_Things4 via Twitter

Verdict: Rate to the power of TWO!

Although some of you weren’t too keen on this week’s looks, the general consensus lies with Emma and Diane as this week’s fashion favourites! With a little tweaking here and there, Emma and Diane’s outfits would’ve spelt perfection but Whitney’s outfit needs a total revamp. Serious SLATE, Ms. Port! 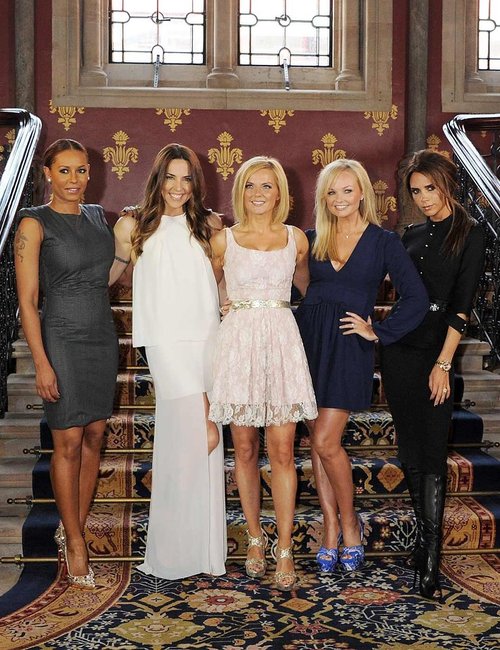 Mel C was our best dressed Spice Girl at yesterday's Viva Forever! press call - who was yours? 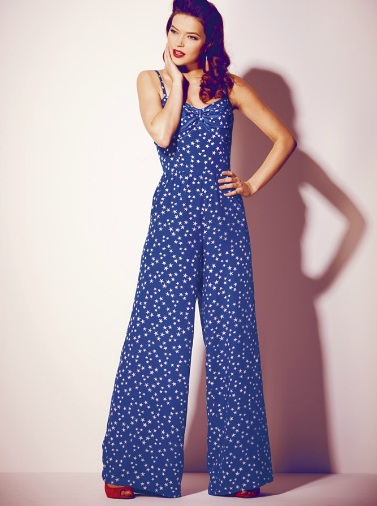 Flirty and under £30, from Very.co.uk