To celebrate the ultimate fashion Bible’s milestone 120th anniversary, Anna Wintour spoke out about the first issue she edited back in November of 1988 (pictured above with the first ever issue of the mag!), and what went through her head when she selected the cover look featuring Israeli model Michaela Bercu…

“Michaela was wearing an haute couture Christian Lacroix jacket with a beaded cross, all very “Like a Prayer,” and stonewashed Guess jeans,” Anna writes.  “The jacket was actually part of a suit, but the skirt didn’t fit Michaela… not that that mattered. In fact, it only served to reinforce the idea to take couture’s haughty grandeur and playfully throw it headlong into real life and see what happened.

“What none of us expected was to run that picture on the cover, least of all the magazine’s printers, who called up and asked with some consternation, ‘Has there been a mistake?’ I couldn’t blame them. It was so unlike the studied and elegant close-ups that were typical of Vogue’s covers back then, with tons of makeup and major jewellery. This one broke all the rules.

“I had just looked at that picture and sensed the winds of change. And you can’t ask for more from a cover image than that.”

We’ll say! Anna also selected 14 of her ultimate favourite images…  and a few of them might surprise you! Check them out in Vogue’s slideshow here. 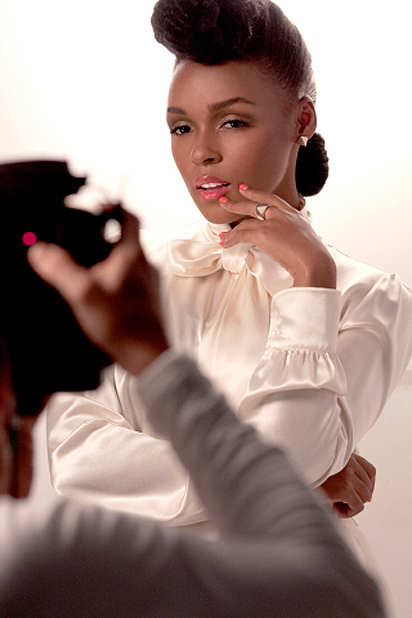