Like a sickening Heston Blumenthal recipe of bacon ice cream, one wouldn’t consider stringing ‘Kim Kardashian’ and ‘charity’ along in the same sentence.

I’m not talking about financial charity – she does that – I’m talking about fashionable charity; the act of handing over the beloved contents of your wardrobe to a charity of your choice for a cause worthier than walking around in them racking up envious praise, without financial gain.

After rap star boyfriend Kanye branded her rather extensive wardrobe ‘ghetto’, Kim Kardashian has jumped on the e-selling bandwagon and auctioned several items from her designer-heavy wardrobe on eBay

So, the subservient girlfriend that she is, Kim has decided to flog her pre-loved wares on the world’s largest marketplace, and only donate 10% of the proceeds from sale to the ‘Life Changing Church Community’ charity. *insert shocked-fall-on-the-floor- gasp here*. An appalling donation by the standards of someone who has several financially flourishing enterprises on the go, and splashes $750,000 on a Lamborghini for her beau’s birthday present (cue: awkward/angry shifting in chair).

But her reckless spending has nothing to do with the pain that I’m feeling in the part of my heart dedicated to all things charity-related. No. The fact that most things a super-celeb of Kim’s calibre endorses turn to platinum (forget gold), and quite frankly thrash all records of public success frightens me. Take the sacred union of marriage for example, now reduced to an easy, 72-day (façade), complete with desirable Vera Wang wedding dress. Could Kim’s shift to eBay spell ruin for charities so desperately in need of donations such as these to keep supporting the causes that created them?

An article published by the Telegraph in 2004 highlighted this very plight, and spoke of the dangers that online shopping behemoths such as eBay posed to smaller charities. Stating that eBay sold £1 billion worth of clothes and accessories a year’, with the (then 6,500) charity shops inBritainselling about £300 million worth every year, was a worrying comparison.

Another article published this week by the Daily mail made for interesting reading, as it reported on a 7% increase in profits for Oxfam across its menswear and womenswear ranges, both on the high street and online. Cleverly, Oxfam, too, is taking a more fashion-oriented approach to ensuring items for sale are displayed in a visually pleasing way – complete with Autumn/Winter 2012 lookbook and a showroom where stylists can source ‘special’ pieces from – as shoppers rush to get their hands on the latest vintage deals. Yes, but vintage and Kim’s wardrobe are two completely different things. An embroidered, unbranded dress from the 30s is safely vintage; a spring 2011 Roland Mouret dress from Kim’s Closet is not.

, and proceeds from sales not entirely landing in charitable hands, it calls to wonder if Kim’s eBay effort is yet another money-spinning-fame-hoarding-fan-base-expanding venture masquerading as a charitable cause that’s worth stepping into her pre-loved Alejandro Ingelmo boots for.

Although eBay for Charity allows buyers and sellers to support their favourite charity, people will mainly turn to eBay with financial gain in mind. Otherwise, wouldn’t they bother with the trek to the local charity shop if the purpose was wholly charitable at heart? Is Kim’s strategy about to kick off as a major recession busting trend that’ll see us flogging goods ranging from designer to distasteful online in the hope of making a quick buck, and finding a new way to be thrifty, instead of handing over pre-loved goods to someone who needs them far more than we do?

This may sound like the classic sob story of the penniless family missing out on new clothes because a greedy hoarder couldn’t be bothered to unload his/her unwanted wares at the nearest Oxfam, but when a potential money making venture has Kim Kardashian written all over it, alarm bells naturally go off.

Do you think a shift to eBay selling and buying will badly affect charity shops? Share your thoughts below. 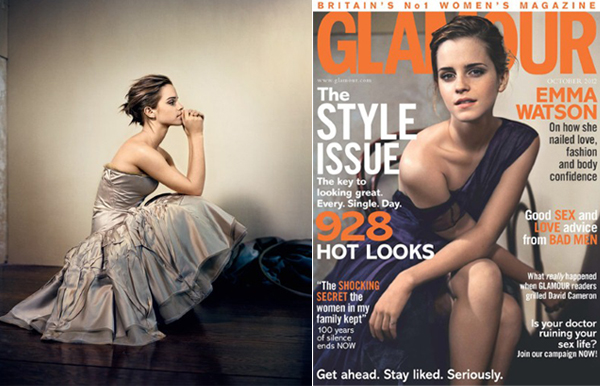