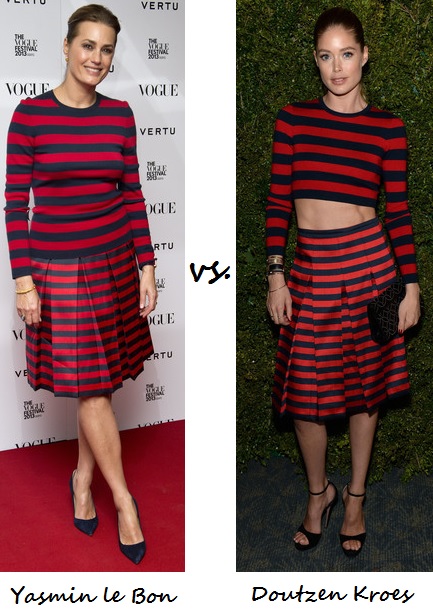 Stripes, in all their vertical and horizontal glory, were the sartorial story of spring/summer 2013.

Be it the classic Breton courtesy of Mr. Gaultier, or the kookier take on prison wear that Michael Kors turned du jour overnight – stripes firmly marked out their territory in our wardrobes this season. And it seems the A-listers weren’t immune to the stripe-over, either.

Battling it out in a two-piece ensemble from Michael Kors’ spring/summer 2013 collection this week are two modelling veterans who never put a stylish foot wrong, (naturally).

Yasmin le Bon wore said ensemble to this year’s sell-out Vogue Festival, where she was aptly hosting with the designer himself. Opting for a longer top, Yasmin completed her look with pointy black pumps and slicked back hair.

But beating Yasmin to it was another runway doyenne, Dutch stunner Doutzen Kroes, who opted for the same outfit only a few days earlier, when she attended the Michael Kors and United Nations World Food Programme dinner. Styling her look with Michael Kors accessories, Doutzen opted for the cropped top, happily flashing her enviably toned midriff. Swept back hair and a radiant glow completed the look.

Now it’s no easy task picking between two stunning models, both of whom look equally striking in the same outfit! But there can only be one victorious fashionista, and this week we’re going with Doutzen.

The slice of midriff and accessories nicely break up this otherwise overpowering-on-the-eye look, and works well with the dangerous (read: unflattering) territory horizontal stripes fall in to! Yasmin works her look well, but the longer top makes the outfit appear too busy.

Agree with out style verdict? Whose look wins for you? 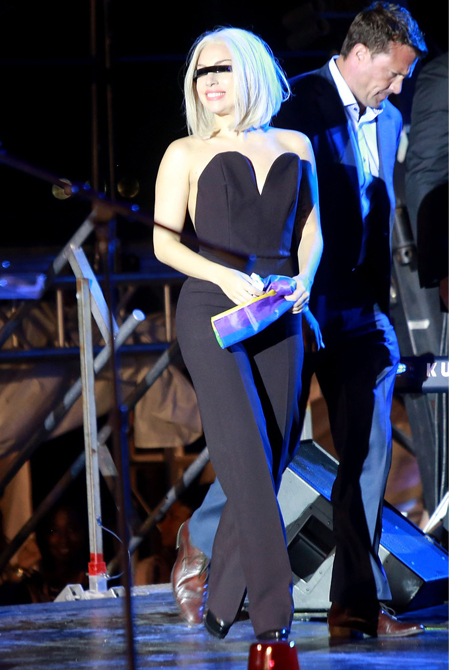 Lady Gaga tones it down in sculpted Maison Martin Margiela 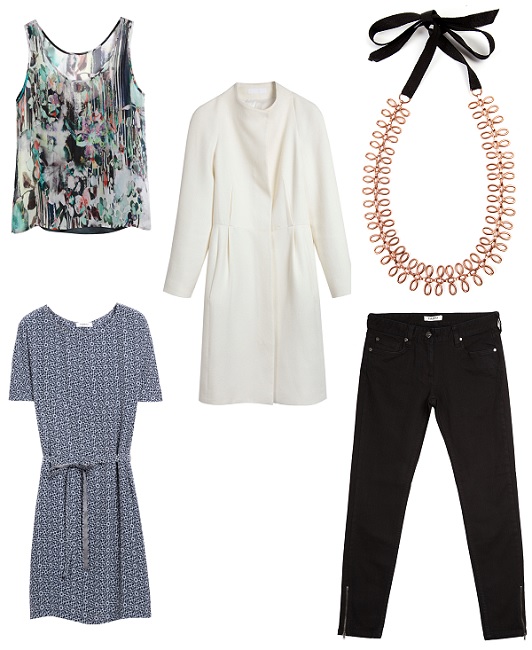