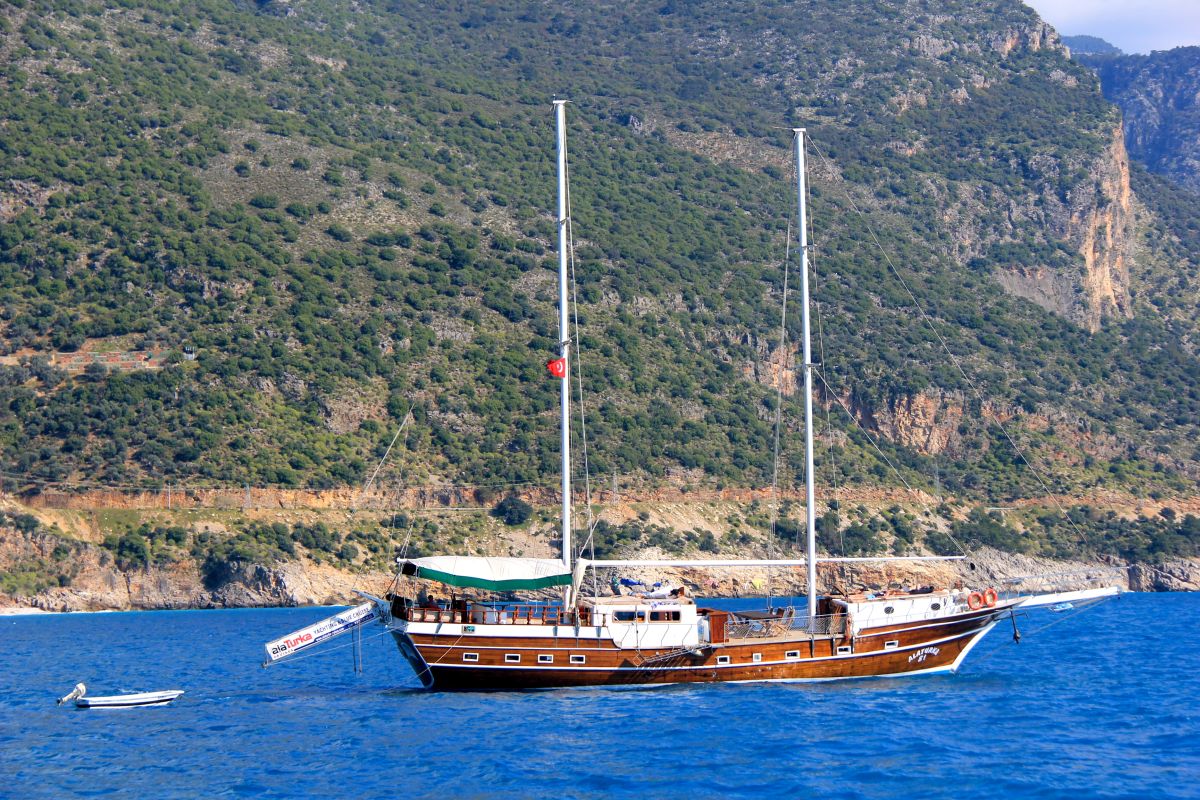 The Turquoise Coast has everything. It offers the chance to relax and soak up the sun; it is unlikely that during the main weeks of summer there will be a single cloud in the sky. A suntan is guaranteed and even though it will fade with time the memories of a holiday aboard a gullet or yacht sailing on these seas will last much longer, perhaps even forever?

The sea offers the chance to swim, snorkel or dive while the region which sees mountains running down to the shoreline ensures that there are many settings that will rank amongst the best around. There is a chance to go back in time to the Lycians, famous for the rock tombs that abound in South West Turkey, the Romans and the Byzantines. Later there were Italians and Greeks though there is now a Turkish stamp on this wonderful coast. 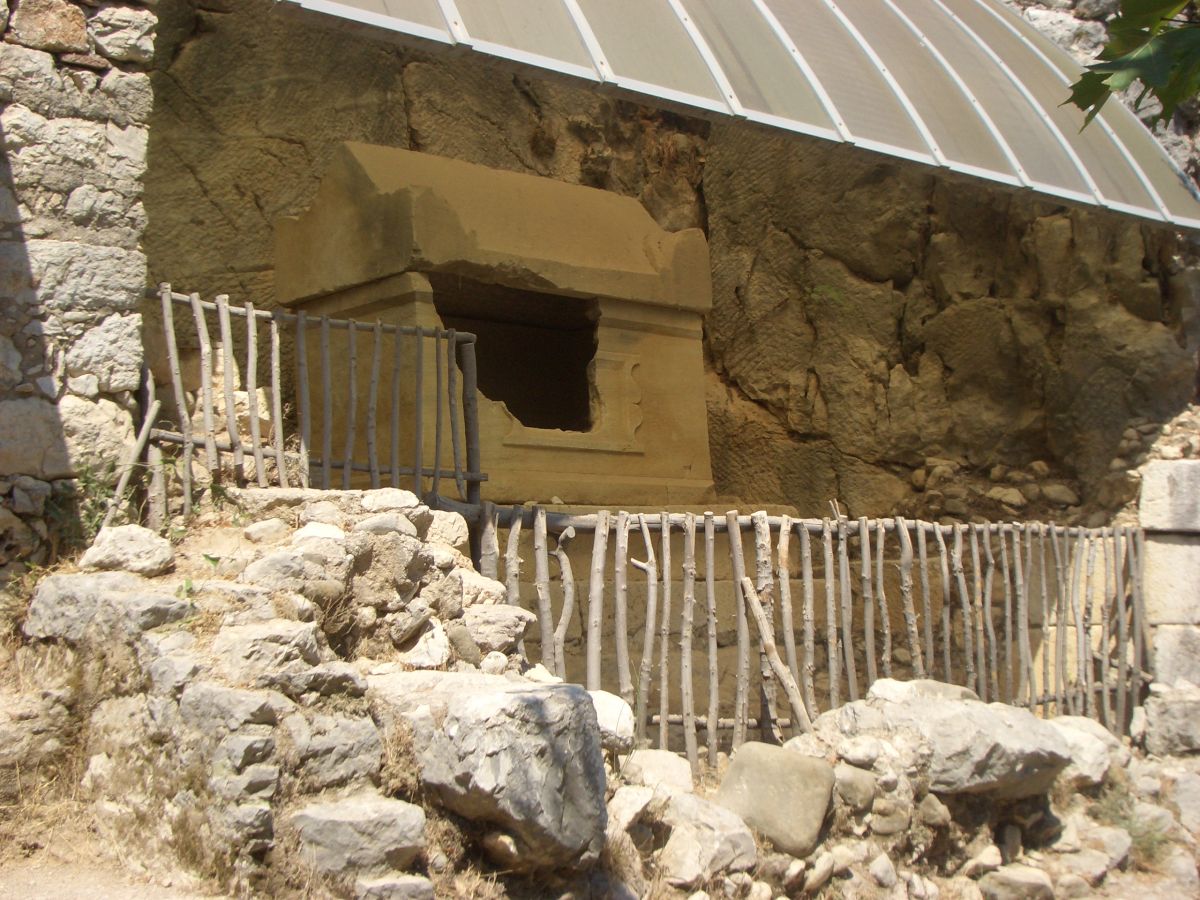 One great view actually out to sea is that from Simena Castle which is en route between Fethiye and Olympos. Simena is the old Lycian name and today’s Turkish name, ‘Kalekoy’ literally means ‘Castle Village’. The Castle is the biggest landmark but there are also a number of old sarcophagi on the hill and submerged under water; this is very much a place to visit coming by boat than road.

The climb to the Castle is fairly strenuous it has to be said, but the views over the bay make the climb worth the effort. There is little in the way of artefacts nor is it easy to envisage the Castle in its prime because the external walls are all that remain, other than that view.

The original settlements here were fishing villages though they became more important strategically for the Knights of Rhodes who built the Castle on the site of the Lycian foundations. Part of the village is submerged and there are staircases down into the water and the ancient harbour and residential area. This is a restricted are where diving is not allowed and boats are not permitted to anchor.

That said there are plenty of other opportunities to dive and indeed nearby Kas which is on several of the AlaturkCruises Blue Cruise itineraries has become one of the most important diving centres in Turkey. 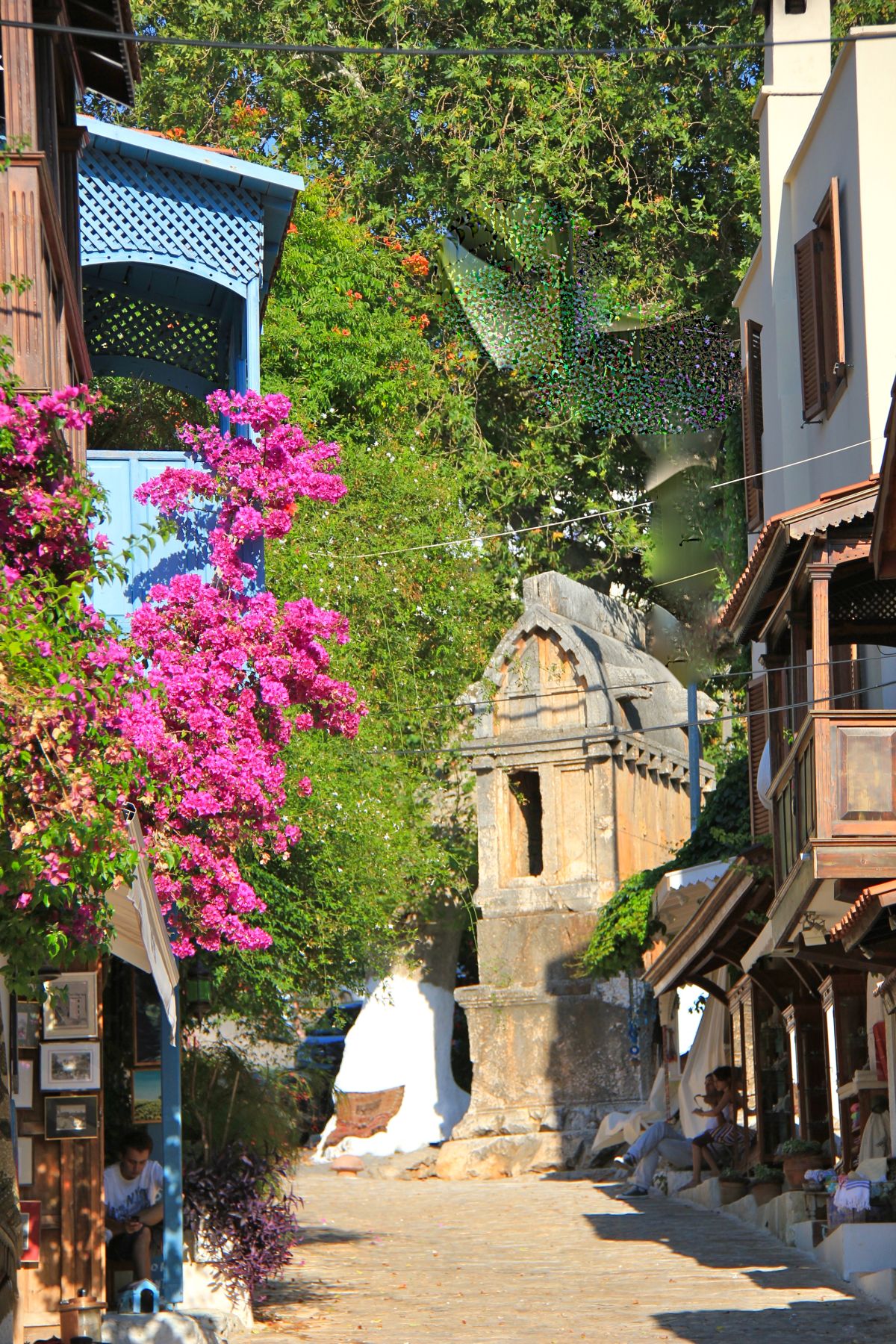 Another highlight of a trip eastwards from Fethiye is the Church of Saint Nicholas near the modern town of Demre. The first Church was 6th Century, built over the tomb of St. Nicholas who is celebrated today by many nations including the Russians whose Orthodox religion has many St. Nicholas icons. He is attributed to be the modern day Santa Claus and several countries celebrate his day early in December as much as they do Christmas.

The present structure was built in the 9th Century, renovated and restored subsequently though Tsar Alexander II who bought it in the middle of the 19th Century did not complete the work. There is still work going on today and many people visit to see the progress. The Church is regarded as one of the most important Byzantine structures. 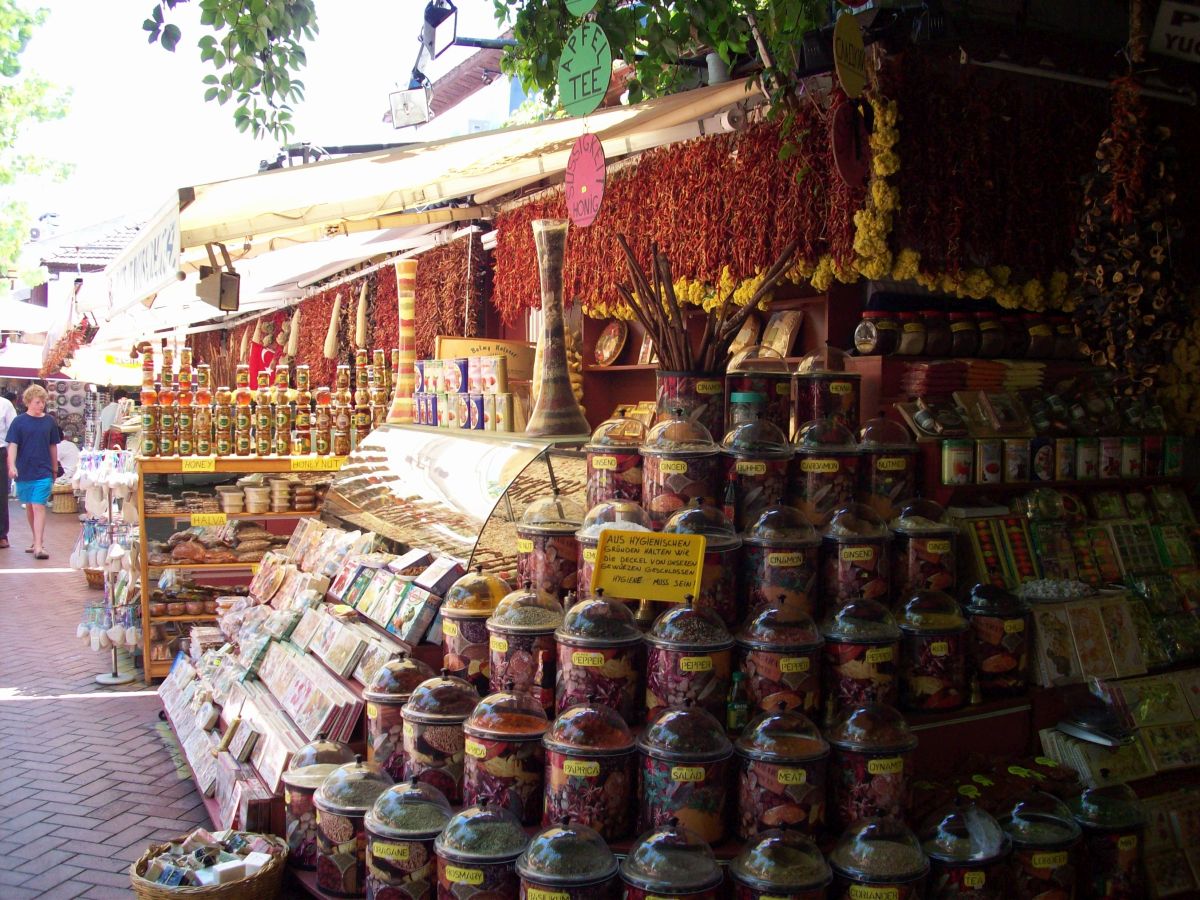 In years gone by, much of this coast was only accessible by sea. The Lycians lived in this region and the National Park that has been created around Olympos, Phaselis and Idyros, all ancient settlements, is proving very popular. It is close to the small modern Turkish town of Cirali and the road that has now been built provides good transport communications east and west.

Olympos was a Roman conquest and its position on the coast meant that several nations sought to control it in succeeding centuries. It still remains of historical significance to the Catholic Church today after its religious history.

There are plenty of significant sites but it is also a pleasure to stop anywhere either to swim or fish. Fresh fish is a delight and there are always people able to provide fruit and vegetables as well as fresh bread to accompany them for a great lunch. In some ways time goes slowly because that is the pace of life. In others ways such a holiday speeds by but remember; there is always the next time. 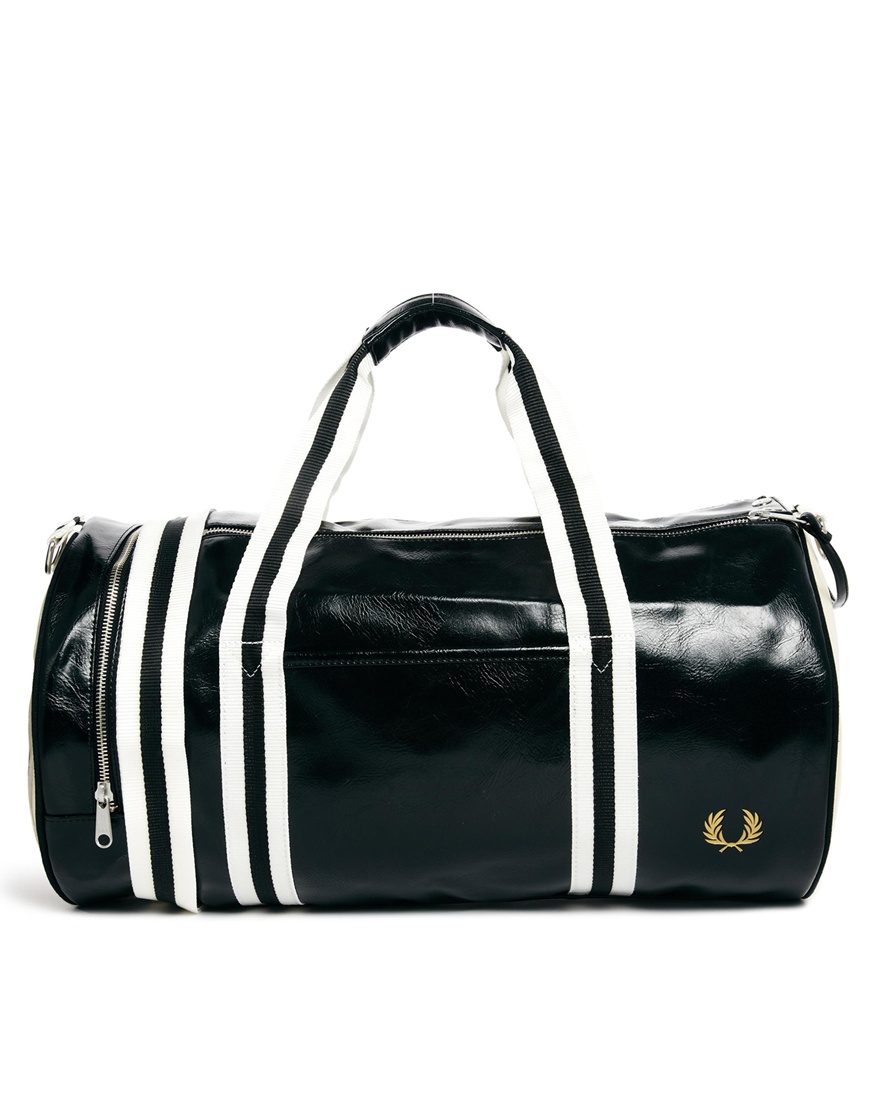 20 Last-Minute Valentine's Day Gifts For Him 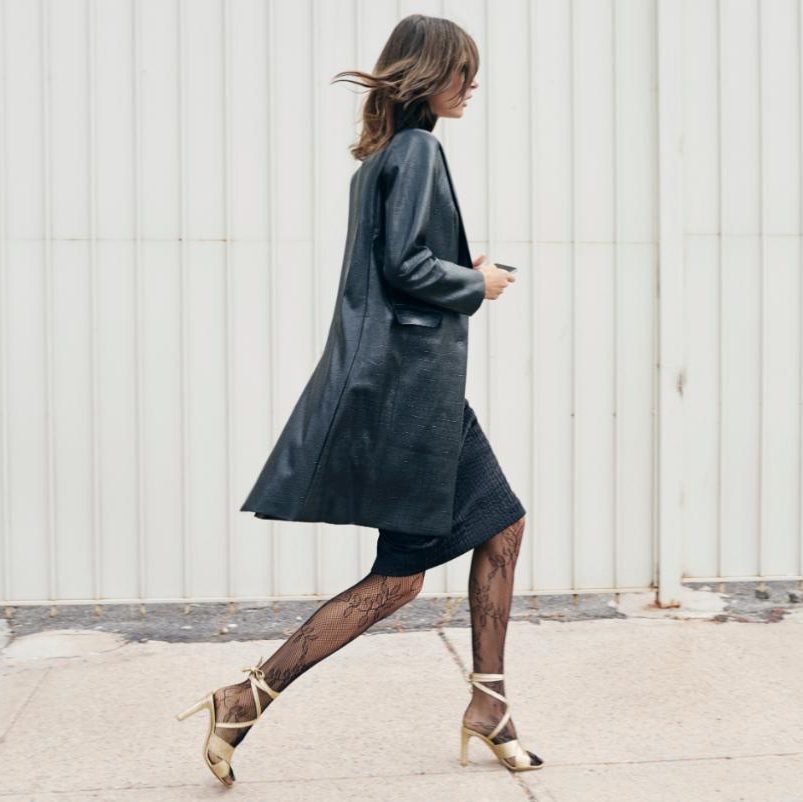