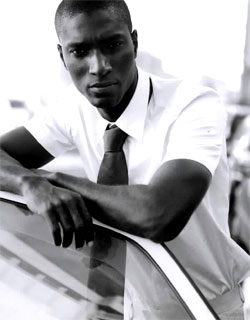 Last week we found a way to get over our recession blues. We caught up with hot male model Mohamed Junior and unashamedly overdosed on eye-candy…. six foot two inches of eye candy to be exact.

A runway veteran, Mohamed has walked for designers such as Ralph Lauren, Emporio Armani, Valentino, Krizia, John Varvatos and Gucci to name a few and admits he prefers shows to photo shoots.

His bio reads like a PR fairytale. Originally a professional footballer, the Portuguese native found himself at a career crossroads when faced with a knee injury. As luck would have it he wasn’t out of a job for long. A chance meeting with a photographer while out shopping in 2000, led to a swift signing with top modelling agency Storm and the rest as they say is history.

He’s worked with top photographer David LaChapelle for Italian L’Uomo Vogue and ID and past campaigns include Target and Ecko Unlimited. He tells us his most memorable moment to date was, â€œShooting a campaign with Steven Klein for Zanotti at 4am in the middle of winter in NY.” 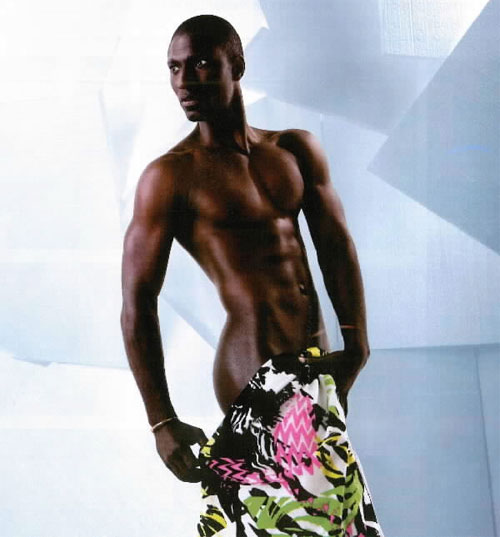 We Brits are loving Mohamed right now. Currently with Nevs modelling agency in London and D’men in Milan, he was in high demand during London Fashion Week and walked for a number of designers including one of our personal favourites , Qasimi.

But it’s not all work and no play. When off duty Mohammed can be found in the gym, out with friends, and watching football (he’s still a football fanatic of course!).

He recently took time out to attend the MTV EMA’s and we hear from our sources that Perez Hilton was a big fan.

In true My Fashion Life tradition we asked the stud if he had any words of wisdom for us. His response? â€œDon’t do anything you can’t tell your kids when they’re older.

Oh Mohamed how we wish that saying could still be of relevance to us!