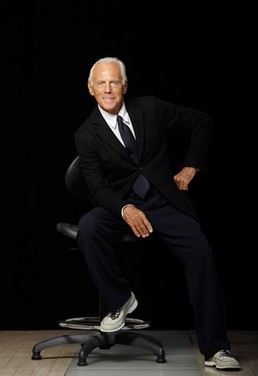 The move comes as Giorgio Armani last week announced he would be slowing down his work schedule as he recovers from Hepatitis.

Still no more plans for Armani’s nephew yet, then. We reported last week that the Italian fashion designer’s nephew was rumoured to be a future leader of the company, yet Giorgio insists that despite his easing schedule, he remains firmly in the controlling seat of the company.

Well, we may have said it last week, but we’ll say it again. We’re glad to have you back, Mr. Armani, and here’s to your on-going recovery.