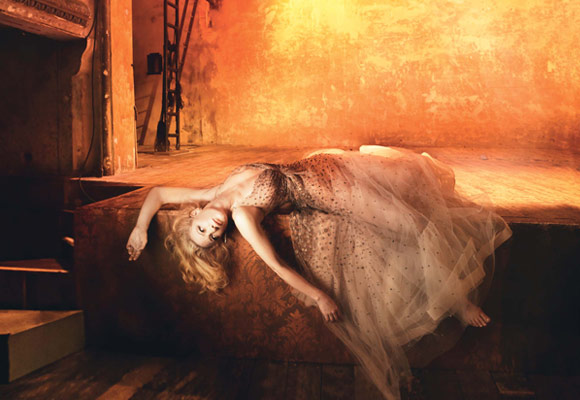 Actress and ever-ethereal beauty Cate Blanchett is the latest cover star of US Vogue in the magazine’s December issue, spilling the beans on her love of theatre and looking nothing short of stunning.

At the height of her movie stardom, Cate Blanchett has taken to the stage as she embraces one of the greatest dramatic roles of all time, currently starring as Blanche DuBois in A Streetcar Named Desire.

â€œIn the wake of everything that’s happened in the world in the last 18 months, we’re thinking about what we’ve lost. So much of the play is about the death of poetry and and idealism and hope , the fine, delicate things in our lives, the intangible, ephemeral things in our lives , which theatre actually represents, doesn’t it? It’s ephemeral by its very nature. If you’re not there, you miss it. It’s gone, Cate , a self-confessed ‘theatre geek’ , tells US Vogue.

But now to the nitty gritty: photographed by the legendary Annie Leibovitz at London’s Old Vic Theatre, Cate looks stunning in an Oscar de la Renta lame gown and a GRAFF diamond bracelet, and a Valentino cream tuelle gown with metallic sparks , our favourite. We’ve always been fans of Cate’s sleek and elegant style, she’s got it down to a tee, hasn’t she?

Catch the full feature , and pictures , in US Vogue’s December issue, on news stands November 24th, but in the meantime, pop over to Vogue.com to have a preview.