If the elongated title has already confused you, imagine the flummoxed expression when I learnt that Essex’s finest had landed in the holy grail of fashion publications.

The reasons for being flabbergasted by this revelation are pretty apparent: Amy Childs is not a super, an A-lister, a fashion-forward WAG or an ambassador for ethical fashion, but merely the by-product of a modern day virus we catch through our television sets: reality TV.

Leaning, more than anything, into the unrealities of life (‘vajazzles’ and plush lifestyles without a day’s work), The Only Way is Essex‘s Amy Childs is the cost-effective but highly glamorous answer to Katie Price – who occasionally bursts into fits of controlled laughter, amidst sporadic blurts of “hun” or “babe” with meaningless emphasis when addressing everyone she meets.

Having been accustomed to seeing her on ITV2, in sensationalised celeb gossip magazines and now on Celebrity Big Brother, to come across her in the UK Vogue October issue shook me loose of my fashion hinges.

As a novice fashion journo, I am guilty of attending a rather incriminating Essex Fashion Week, which lasted the best part of two days with intermittent music due to the DJ’s frequent spasms, orange-stained outfits and uncared-for hair extensions, making the marquee in which the event was held resemble an odour-free hay barn.

But I have been left seriously wondering why Alexandra Shulman should grow an infatuation with what it means to be an Essex girl – or Essexite, as I prefer to call it.

Vogue, to its millions of avid followers globally, is the pioneer of everything. Anything sartorial; if it’s noted or listed by Vogue and its many ‘-ettes’, will become fashion legislation. So is Vogue featuring Amy Childs set to transform her into some sort of ‘authority’, or is it a mere Brentwood mockery? After all, authority is what Vogue does best.

Shot on the Essex Coast (how fitting), I can see what Vogue is trying to do: creating an allure around this Essexite by introducing her in a pair of L’Agence jeans and an unashamedly avowing T-shirt to give her an edge many may think she is devoid of. After all, she aspires to walk in the disastrous footsteps of Katie Price, right?

When Childs’ idol, Katie Price, was featured in US Vogue‘s Shape Issue in April 2006, it was clear her relevant assets were her reason for being there. But how does Amy Childs, a small-time beautician from a leafy England county with a penchant for gluing shiny bits to her bikini line and fake tan make the cut?

Is she important enough? Is her background relevant to her appearance in the October issue? These are a few of the many questions this shoot gives way to, but could it also be that Vogue is letting us in on a lowered threshold for the downgraded calibre of celebrity they seek to attract? It all sounds a bit sensationalist and follow-the-herd, really (and very un-Vogue).

It may have just come down to Childs’ (limited) entrepreneurial skills (a possible clothing line; ‘vajazzling’ now a common practice in salons and her money-spinning exit from TOWIE to debut in CBB) that made her seem a little more interesting than her synthetic red locks.

Or, perhaps it’s that Vogue aspire to introduce Childs to the ‘subtler’ side of life and makeup – but if the entire TOWIE cast begin to drip into this highly esteemed magazine due to their bizarre Essex ‘allure’, I may just cut all ties between my bank account and monthly subscription. 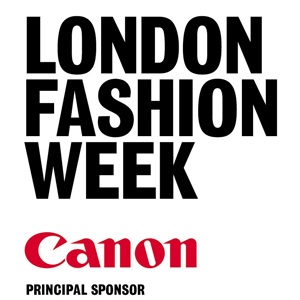