This is a guest post by Maria Pierides, one of our fabulous competition winners. She’s been hitting the tents at Somerset House as a guest fashion reporter for My Fashion Life to cover as many of London’s spring shows as she can make – find out how she got on when we armed her with a bag full of tickets and sent her packing…

What: a cool blend between pastels and panels with black bases and flesh tones seeping through. The silhouettes were mostly loose and draped with some casual infusions of denim and form-fitting bodycon numbers to mix it up a little.

Highlights: the asymmetrical dresses and the pieces with exposed zips were among favourites – and the Sixties dresses also get a special mention.

Lowlights: on the subject of Sixties dresses, we’d have liked models to be styled with the era in mind, just to accentuate the influences.

Overall: after such an impressive show last season, we were looking forward to Krystof Strozyna’s catwalk outing for spring and, in a nutshell, we weren’t left disappointed. There was an abundance of brights and prints last season, but this time everything’s more muted and understated. That’s not to say it didn’t make a statement – Strozyna is doing well to create a signature style and stick to it and this collection was no different. Colour blocking was the prominent theme of last spring and was so popular so we’re not surprised to see a handful of pieces cropping up here. Diana Vickers joined us in the front row and appeared to be enjoying the collection as much as us! 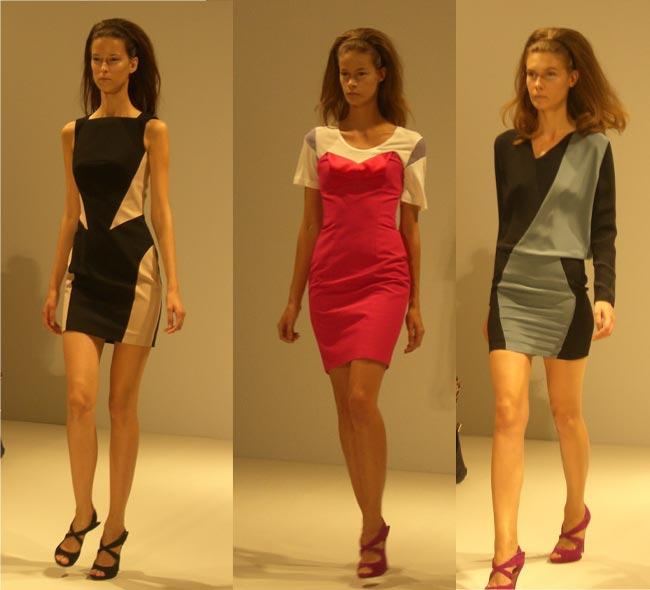 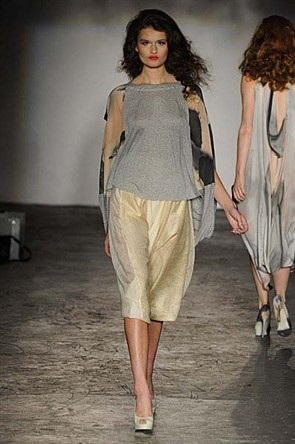 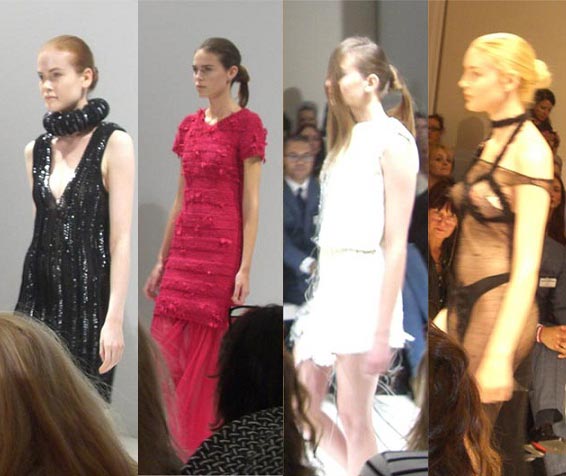