Diane von Furstenberg has always been seen as a bit of a revolutionary, a trend setter, and a general queen of fashion. The latest ad campaign for her spring/summer 2012 collection is a bit different from the usual bunch of adverts we see, as in case you hadn’t noticed, her model seems to be missing a face…

Not only is the model so very blatantly obviously faceless, but there is a mirror in place of where her face should be. Now this isn’t because someone in post production got a bit too airbrush-happy, feared the wrath of the ASA and panicked. It is in fact in order to enable the consumer to envision themselves in the outfit without any real imagination on their part.

“I like the idea of being focused on the product but in an airy way,” Diane von Furstenberg said. “I like that you can see yourself in these images. This time for me is all about new beginnings.”

We can’t work out if it’s brilliant or just a little bit bonkers… Do you think more ad campaigns should adopt this tactic? 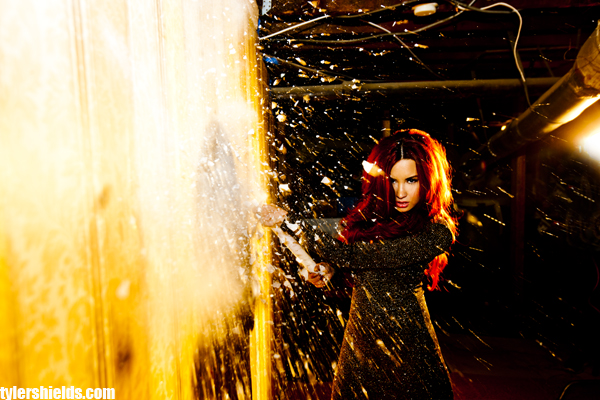