With the BAFTAs and the GRAMMY awards battling it out on the same day, there were some memorable fashion moments, and some we’d maybe like to wipe from memory. (Cue Nicki Minaj’s bizarre biblical guise, with the latest in accessories to boot: The Pope!)

We selected three red carpet looks: risk taker Fergie at the Grammys in an interestingly loud, cut-out orange lace Jean Paul Gaultier couture gown; Kim Kardashian’s at Clive Martin’s Pre Grammy party in a figure-hugging Antonio Berardi number, which some would say struggled to cope with one out of her two most famous assets, and Berenice Bejo at the Disaronno BAFTA After-Party in a statement making (good or bad, we’re not sure) fall 2011 Alaia haute couture gown.

As we indecisively teetered on borderline faux pas and style success, we put these looks to our Style Jury: you, and our Ed!

My Fashion Life Ed says: Fergie – ‘I don’t want to like it but for some reason I do. On anyone else this outfit would be a disaster but somehow Fergie manages to pull it off!’. Kim – ‘A bit too much cleavage on show but regardless Kim looks gorgeous and elegant. The dress clings to her curves in all the right places!’. Berenice Bejo – ‘Sophisticated and beautiful! Love the dress and I love Berenice in the dress. Thumbs up!’

Verdict: RATE to the power of three! We must say it isn’t often that we take sides with red carpet risk takers.

In Fergie’s case however, we’re making an exception because she really has made this one work. Although the brash colour and busy cut-out detailing is a tad distracting, Fergie makes it work, and the stark bra and bottoms bring it back from the brink of plain weird in to more edgier territory.

Berenice is oozing full-blown glamour in this Alaia couture gown. It’s a definite head turner, and is moves away from the more traditional red carpet choices we’re used to seeing. Although the dress is a statement maker in its own right, we love how Berenice has kept accessories to a minimum and only opted for pretty drop earrings and a pout worth talking about!

Kim – The words ‘understated’ and ‘modest’ probably don’t exist in Kim Kardashian’s dictionary for living. Regardless, though, we still love her for turning up the glam factor at Clive Martin’s Pre Grammy party, by opting for a sultry Antonio Berardi. The super -plunging neckline could’ve probably been avoided, but what would a party be without some Kardashian drama – and flesh in copious amounts, to boot! Statement earrings and glossy curls equal red carpet perfection!

Runway to Bedroom Mirror: Hats off to spring summer 2012 headgear 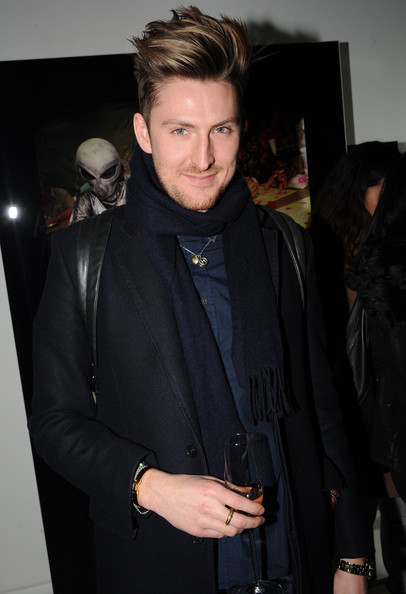