Quietly, patiently, and super-stylishly, the world’s most famous twins took home the most coveted award in the fashion industry.

That’s right. The doe-eyed, visually alike, stylistic pole opposites, Mary-Kate and Ashley Olsen walked away with the Womenswear Designer of the Year award for their luxury label, The Row, at the CFDA awards earlier this week, beating fashion behemoths the likes of Marc Jacobs and Proenza Schouler to the prestigious accolade.

They are the very 25-year-old twins, who first stepped into the limelight on the ABC sitcom Full House as babies. With a life that started with baby steps into Hollywood, and an inevitable future of acting, fame and stardom (albeit not such a fashion-centric one back then) awaiting them, the Olsen’s finally chose fashion as the industry that would define them.

Their fashionable inclinations were obvious from an early age, thanks to the corny on-screen outfits the girls profess to choosing themselves, right through to their late teens, when they began to develop a more refined-alternative dress sense. In an interview with ELLE magazine, the twins discussed their affinity for modest dressing – something that clearly sets them apart from the thigh-skimming frock fraternity we’re accustomed to. This association with an alternative style has led the twins to become one of the most successful fashion duos out there today.

Proud creators of luxury fashion label, The Row (the one that brought us that $39,000 backpack), the creations of which they’re seen in at countless, high profile events (as at this year’s CFDA’s); a more affordable line by the name of Elizabeth and James, alongside Olsenboye (available only in the U.S.) and StyleMint; a site that offers the experience of a personal, virtual stylist, to get you looking Olsen-ready.

The win for the Olsen’s at the CFDA’S on Monday night reminded me of that moment of acceptance and agreement, when Victoria Beckham was awarded the seal of approval in the form of the Designer Brand of the Year award at the 2011 British Fashion Awards; solidifying her place within the industry. The CFDA’s did exactly the same for Mary-Kate and Ashley, and put into perspective just how far they’d come on this journey.

A part of me is smugly happy that the big names didn’t once again walk away with another predicable win. It’s akin to that excited feeling you get upon discovering new musical talent that doesn’t involve elements of Little Mix or Tulisa.

Although several A-listers are spotted wearing The Row, the girls have strategised like Mrs Beckham, and made it their duty to become walking adverts for this particular fashion line. And being style pioneers in their own right, this could only spell success and major sales.

With all due respect and love to Marc Jacobs and Proenza Schouler (I live for the PS11 mini bag), the win for the The Row is a firm push in the right direction for breaking the celebrity designer taboo that is prevalent Stateside, thanks to a no-fashion-school-no-fashion-cred mentality. But with New York fashion week being all about commerciality, and the likes of Anna Wintour listing strong business acumen as a prerequisite for new and exisiting designers wanting to thrive and succeed, the Olsen twins couldn’t do any wrong.

With money-spinning labels, a strong presence at New York fashion week, and their finger firmly on the PR pulse when it comes to endorsing their own creations, The Little Rascals have definitely bowled the world over. 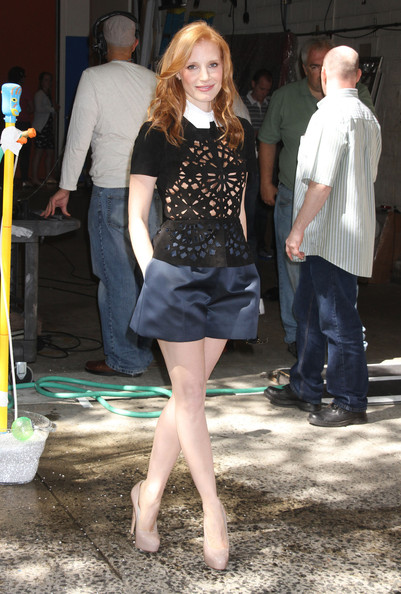 Jessica Chastain is a cut-out cutie in Carven 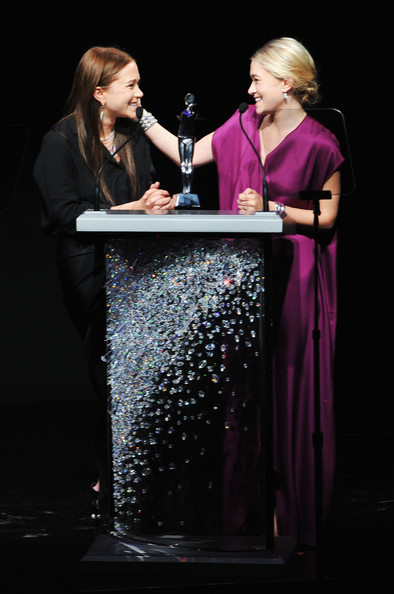