Even though Nicole Scherzinger looked sublime in a black one-shouldered floor-length dress on last night’s X Factor results show, it’s last week’s white creation that everyone is still talking about.

It’s hard to believe Scherzy’s dress was made by high-street-fave Topshop, but it was… and best of all, it’s definitely going to be released next year! Yep you can get your hands on Nicole’s exact dress at the end of February next year, in exchange for £195.

Now that’s all very well and good, but it doesn’t help those of us who want to channel Nicole and wear a long white dress to those Christmas parties that are fast approaching, which is why we’ve decided to hunt for some alternatives.

There’s an overwhelming selection of gorgeous white floor-length dresses out there, but two of our favourites came from BCBG Max Azria and Anoushka G – and you’ll be pleased to know they won’t cost an arm and a leg either!

If you liked the capped sleeve detailing and sparkle in Nicole’s dress, the Anoushka version would be perfect for you! The fact that it’s less figure-hugging means it’s far more forgiving, which is a godsend for those of us who don’t have Nicole’s figure. And let’s face it, that’s most of the human race, is it not? The BCBG version features all the sexy components of the Topshop dress thanks to the cut-out detailing. Would you be brave enough to rock it at a Christmas do?

All over beaded dress, £99, Anoushka G available at House of Fraser

Net a Porter is launching a print magazine! 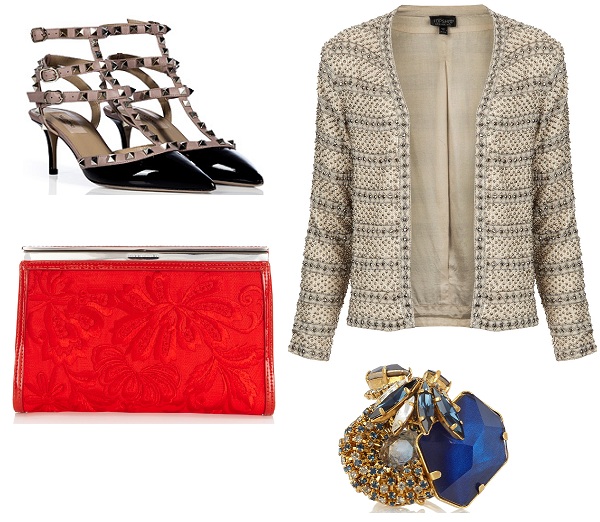