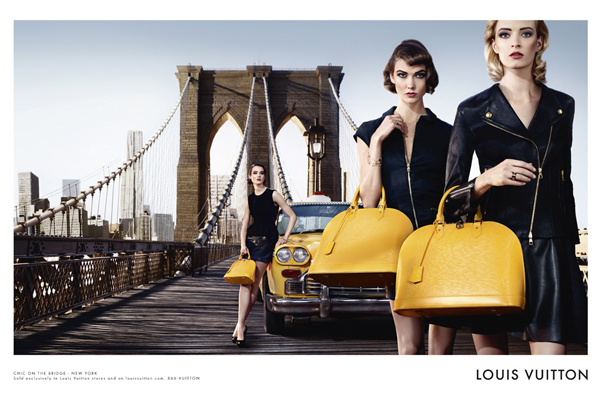 Louis Vuitton caused a bit of a stir last week with that short film featuring Cara Delevingne and Georgia May Jagger which apparently promoted prostitution.

However, we’re putting that all behind us  (new week, new month) and focusing our attention on something far more positive – the brand new spring/summer 2013 ad campaigns which feature Karlie Kloss, Daria Strokous, Jac Jagaciak, Iris Strubegger, and the gorgeous Alma bag in an array of bold colours.

The dome shaped bag has become a LV icon since it was first created back in 1934, and we reckon the new campaign, entitled Chic on the Bridge, pays homage to it rather nicely. The models were shot by Steven Klein, and are carrying bags in colours that represent the cities in the pictures… the one above is of course New York with the taxi cab yellow bags (natch) while the image below is ‘French blue’ for the city of Paris. 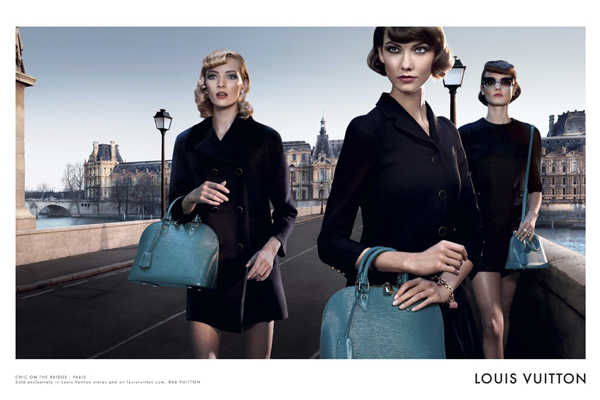 We think it’s a great concept, don’t you? 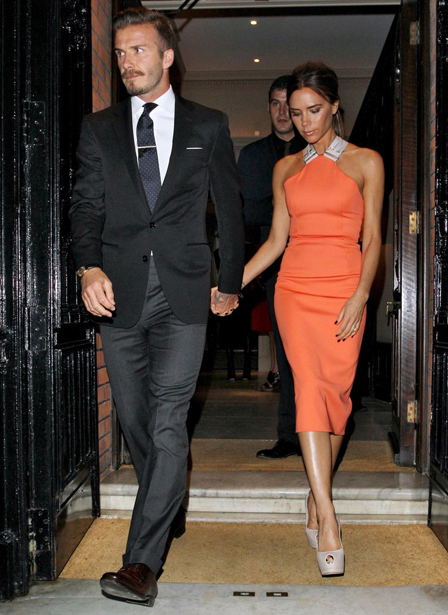 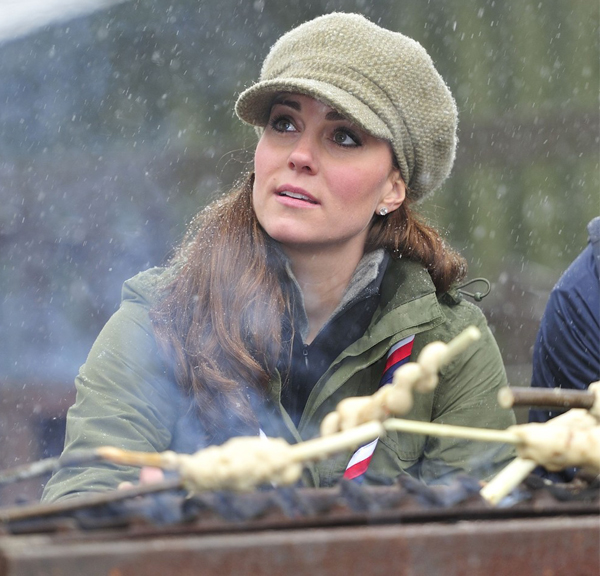 Kate Middleton trademarks her name for 'goods and services'