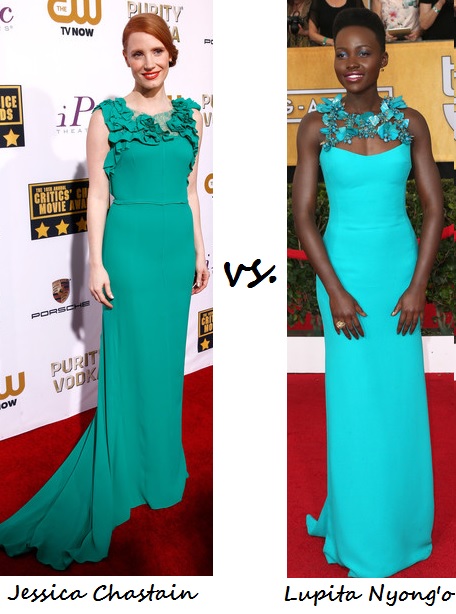 Awards season has delivered many sartorial delights, so far. And two such delights dividing opinion at HQ are Lupita Nyong’o and Jessica Chastain’s looks from the SAG Awards and Critics’ Choice Movie Awards, respectively,

Both ladies stuck to the blue-green colour spectrum, with Jessica in a teal green Nina Ricci pre-fall 2014 gown, and Lupita sporting a stunning turquoise Gucci number that sent the fashion critics into overdrive! The styles of the gowns were similar – showcasing stunning neck detail, with a silhouette-skimming cut – which ultimately makes the task of choosing this week’s style champion even tougher.

Jessica paired her gown with a side-parted up-do, bright lips and went accessory-free, while Lupita followed suit with bright make-up, small earrings and an evening-perfect cocktail ring. But, the unmissable detail on both these gown is the striking neckline adornment, which certainly cancels out the need for show-stopping necklaces.

Although we lusted over both looks as they appeared on the red carpet, there can only be one sure winner…and this week, we’re crowning Lupita victorious! Not only was her Gucci gown the talk of the town at the Awards, but that embellished neck detail stole our hearts at hello, beating Jessica’s dreamy Nina Ricci effort by several style miles! 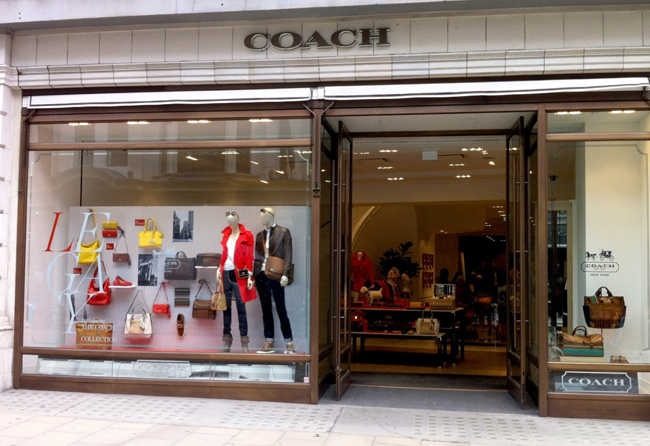 Coach gets $5.5 million in counterfeit settlement! 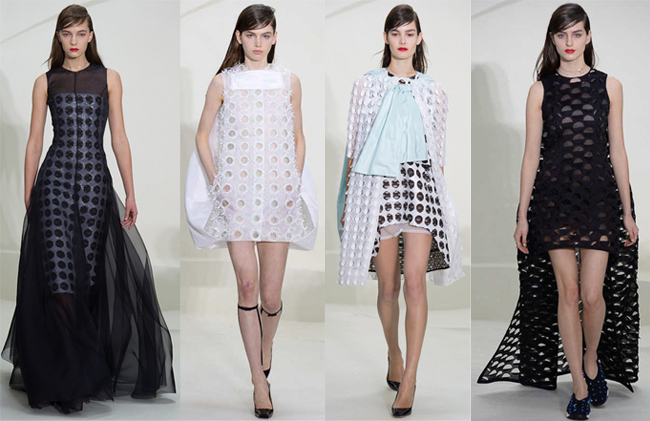