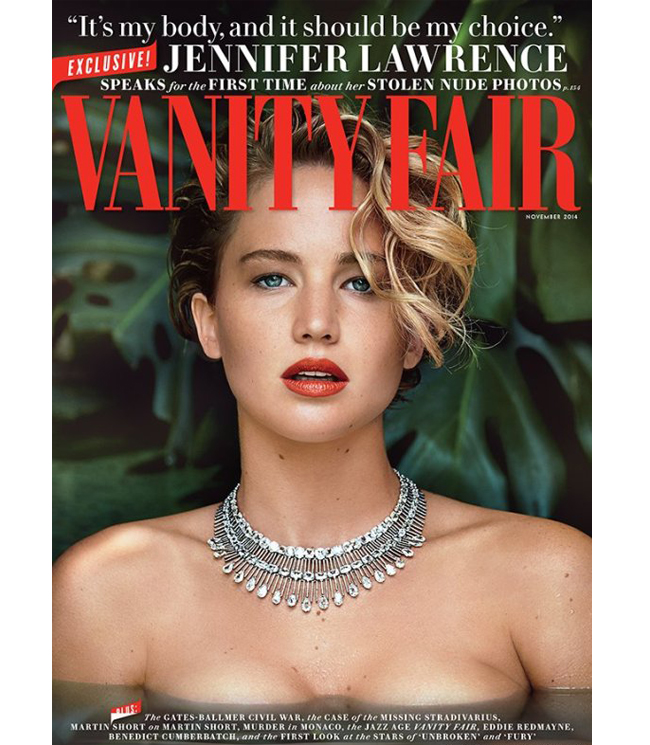 Oscar-winning actress Jennifer Lawrence has broken her silence on the scandal that saw her and many other A-list models and actresses have their privacy breached when a hacker stole and distributed nude and provocative photos. And the first thing she wants to clear up is that it’s far more than a “scandal”…

“It is not a scandal. It is a sex crime. It is a sexual violation. It’s disgusting. The law needs to be changed, and we need to change,” she told Vanity Fair‘s November issue.

“That’s why these web sites are responsible. Just the fact that somebody can be sexually exploited and violated, and the first thought that crosses somebody’s mind is to make a profit from it. It’s so beyond me. I just can’t imagine being that detached from humanity. I can’t imagine being that thoughtless and careless and so empty inside… anybody who looked at those pictures; you’re perpetuating a sexual offence. You should cower with shame.”

Firm, honest, and very powerful words – and we couldn’t agree with Jennifer more! Luckily the feature is about far more than the sex crime which Jennifer described above, which means that hopefully J-Law and her fans can try and move on with more positive things.

Vanity Fair is out tomorrow for anyone wanting to read Jen’s interview in full.

Cover starhacking scandalJennifer Lawrencescandalvanity-fair
This page may contain affiliate links. We may receive a small commission when you click an affiliate link and make a purchase. This helps keep My Fashion Life running so we can provide you with high-quality content regularly. Thank you for your support!