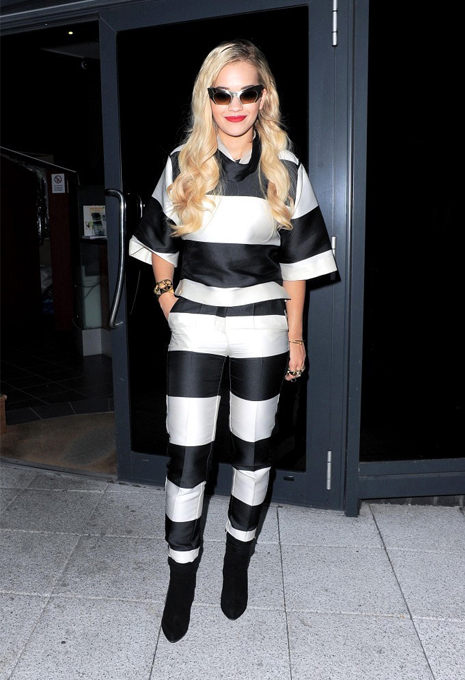 It’s not just the tennis pros that love a bit of Stella McCartney; British singing sensations also can’t seem to get enough of the designer either. Rita Ora being one of them!

The singer was spotted out and about in London rocking a black and white Stella McCartney ensemble with wide horizontal stripes, teamed with her statement, signature red lippie and some super-fierce futuristic cat eye sunglasses from Miu Miu.

We’ve been a bit unsure about quirky sunglasses ourselves, but Rita is definitely helping us move towards the “pro” side of the spectrum. Plus her newly acquired longer locks bring a softer, more glamorous edge to her look, which we like very much.

Do you like Rita’s look or do you think she looks like a cross between a modern-day Beetlejuice and a prisoner?