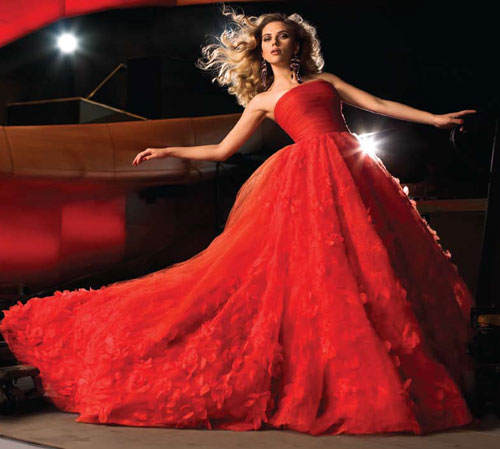 In the latest issue of Harper’s Bazaar, Scarlett is stunning in a scarlett Oscar de la Renta gown. Oh, what I would give to wear this beauty for even just a second. Here are some snippets from the interview….

On her engagement to Ryan Reynolds: “I wasn’t surprised that it was happening, but anyone being presented with a beautiful diamond ring, as a girl, you just squeal with delight. You say you can’t believe it, but of course you really can.”

On the press rumors that she’s pregnant: “I got these calls that I was engaged way before it happened. I’ve also been pregnant several times. With, like, sextuplets. That must mean I’ve been eating way too many bagels or something. I’m not pregnant and I’m not going to be anytime soon.”

On her dream role: “Every actor wants to work on a Western. I would run a brothel, like a madam or something. I’m working with what I got. It’s only so long that people are going to want to see me in a corset. So I might as well do it now.” 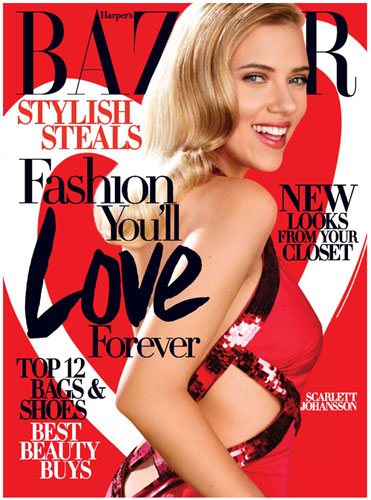