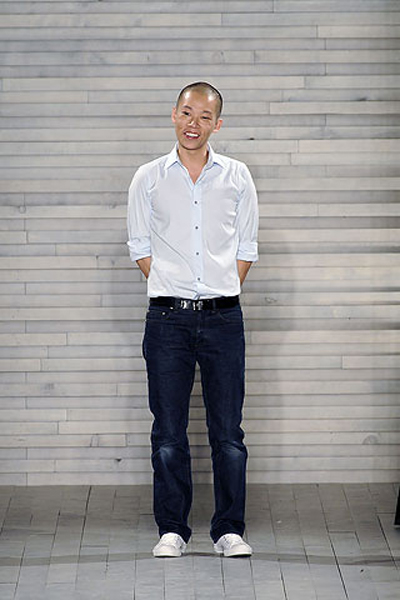 The designer Jason Wu is having quite a year, first there was the Inaugural Ball, then he was outed by the national press, and now he’s in a fur controversy.

Last week, it was announced that Wu was planning to show â€œa significant fur collection in his line for Autumn/Winter 09. In a new licensing agreement with Saga Furs, Wu had originally chosen to create a 15-item line of fur, using mainly mink.

However, the designer has now confirmed that he will postpone the use of fur until further notice, claiming his decision was, â€œa result of increased interest and demand from our global retailers, which in turn allowed the designer to â€œconcentrate on our growing ready-to-wear business.

Could it be that Wu realised PETA would soon be ready to wage war? And by creating such a controversial line that he would alienate the one woman who made him famous; Michelle Obama?