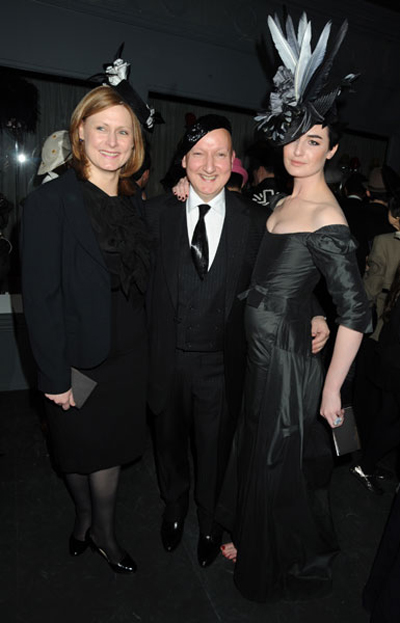 Perhaps it’s the Michelle Obama effect, perhaps it is a fabulously well-played campaign or maybe it is a love of fashion, that has pushed the Prime Minister’s wife Sarah Brown to stand up for UK fashion.

The PM’s wife paid a visit to our fabulous London Fashion Week; she even had time to stop off at Stephen Jones’ very exclusive party. Where she mingled with the likes of Erin O’Connor, the man himself and everyone from Giles Deacon to Anna Piaggi. But when she wasn’t parting the night away she was on her very own fashion campaign.

She has called on the Mayor of London, Boris Johnson, and the Royal Family to help LFW. It isn’t as widely acknowledged as Milan, Paris and New York, and tends to be overlooked. She is asking our leaders; to help us fashionistas put our home on the fashion map once and for all. Speaking about her commitment to the BFC during its 25th Birthday, Sarah explained:

â€œThe Mayor, the Palace-we should all work together to keep London Fashion Week as big and bright as we can. It’s in all our interests.

She really is doing her best to get involved, not only attending the party, but also trekking around the exhibition, and watching the Vivienne Westwood show.