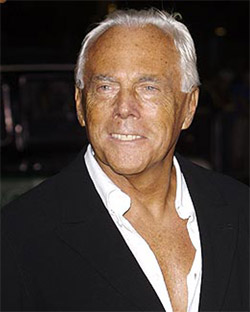 There have been a few rumours circulating that all is not right in the Armani camp. And so the fashion house has made a statement about Giorgio’s whereabouts.

It transpires that Armani is recovering from hepatitis but is on the road to recovery. Recovery from such an illness does take time, but in the statement Armani expressed that his company â€œhas continued to operate normally with business as usual.

He further pointed out that he hasn’t been delegating his roles to anyone else and the company is still running â€œwith the usual energy.

Next month Armani will show his men’s collections and in July his Prive couture will be strutting down a Paris catwalk. So he’s got a tough couple of weeks ahead of him. At least it squashes dramatic rumours, no other statement will be made regarding Armani’s health.

We hope you get well soon Giorgio!

Vogue to the rescue!