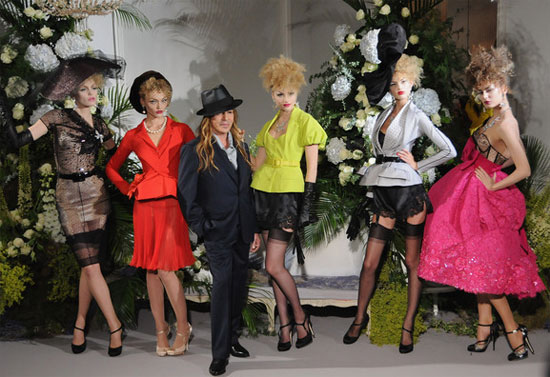 John Galliano sent models down the catwalk in their underwear at the first day of Paris’ Couture Fashion Week yesterday.

The ‘Fever in the Cabine’ Christian Dior collection was inspired by shows put on in the 50s, and featured models in jackets and knickers, and skirts and bras.

Galliano was inspired by a picture of Dior backstage at a show surrounded by models hurriedly getting dressed. He attempted to recreate the mayhem on stage, with the couture outfits available to order as sets. 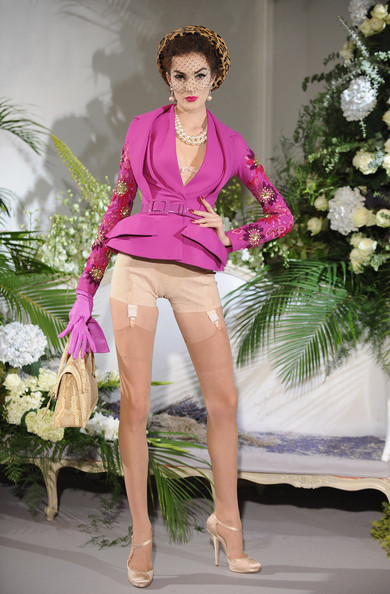 A host of famous faces are tipped to be attending the Couture Week, with France’s First Lady Carla Bruni and actresses Claire Danes and Thandie Newton all expected to put in appearances.

There are also whispers singer Madonna – whose ‘Sticky and Sweet’ tour hits Paris on Thursday- could attend.
The ‘4 Minutes’ can currently be seen sporting designs by Givenchy’s Riccardo Tisci during her shows, prompting speculation she might take a seat at the Givenchy show today.

Also debuting collections today are Giorgio Armani Prive, Chanel and Christian Lacroix. Industry experts are particularly keen to see the Lacroix show, following the May news of its financial difficulties.

Reports claims the French label recently told staff it will be reducing the workforce from 124 to 12.