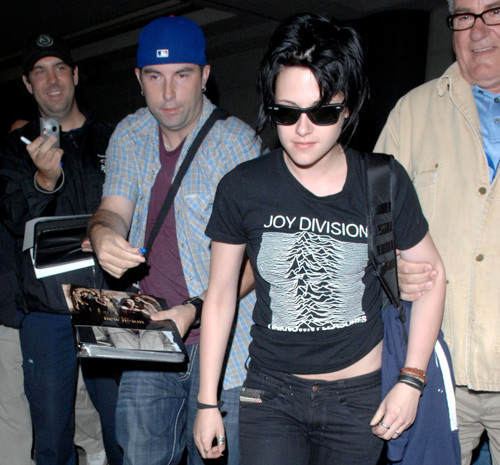 The â€˜Twilight’ actress, who is known for her glamorous gothic fashion sense, wishes she could keep the luxury gowns she wears to high-profile events.

She said: â€œThe really cool stuff – I never get to keep any of that. Like anything for an event or anything like that. I’m just not important enough yet, I think.

Kristen – who has previously graced the red carpet in edgy creations by Yigal Azrouel, Herve Leger and Camilla and Marc – also admits she finds it â€œbizarre that her young fans are obsessed with copying the clothes she wears.

The 19-year-old brunette beauty added in an online interview with Entertainment Weekly: â€œThe things that have been sold out have been the things that people are actually able to get that are semi-cheap.

â€œThose things like sweatshirts and jackets, those things are mine, which is bizarre to have people go out and buy.