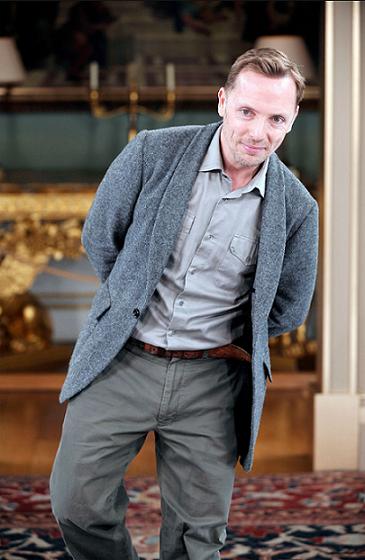 Scottish designer Graeme Black has been announced as new creative consultant for the formal section of Hugo Boss’ womenswear collection.

In an attempt to push the label further into fashion’s spotlight, the aptly named Boss Black collection will debut its A/W10 collection next February.

The now London-based designer , who began working for Boss earlier this year alongside current director of Boss Black, Karin Busnel , admitted he was nervous about his new role at the German-based company.

â€œI was apprehensive about travelling once again for work, he told WWD. â€œBut once I started, I realised this is such a dynamic, proactive and positive company , and the line has so much potential.

Meanwhile, Black , who won Scottish Designer of the Year in June , will still continue to design for his own label, which he launched in 2005 after stints at Salvatore Ferragamo, John Galliano, Zandra Rhodes and Giorgio Armani.

So with Graeme heading to Germany, Giles Deacon winning France’s ANDAM award, and Henry Holland and Todd Lynn among others showing at Paris Fashion Week, it seems our British boys are working wonders overseas.