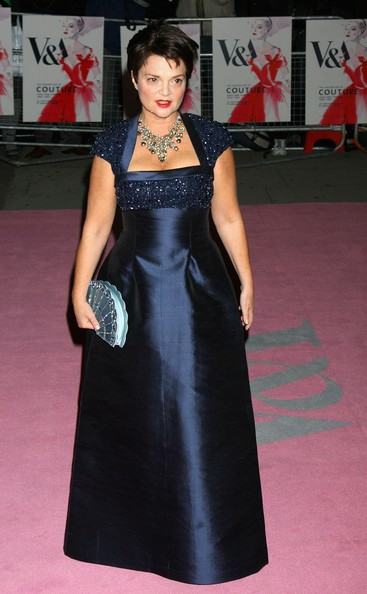 It’s probably not that surprising what with Cheryl’s rise in the style stakes. As the new face of L’Oreal, Cheryl’s been wowing us every Saturday night with her fashion choices on X Factor, wearing pieces from Versace to Alexander McQueen, and everything in between.

â€œI am personally in love with Cheryl Cole, said Lulu. â€œWhatever you do to her, what ever angle you look at her from, she is just perfect. I think she is the most beautiful girl in the world!

Hmm, could we see Cheryl sporting a Lulu Guinness bag sometime soon, then?

â€œGenerally the girls who want to carry my bags are pretty, bright and quirky, Lulu told Vogue UK. â€œWe don’t look for people to carry our bags, they generally come to us, and I think to be drawn to the bags you have to have a bit of confidence and individuality. They’ve got to have a brain.

Meanwhile, Lulu is turning her designing hand to men’s bags for the first time, and hat designer Stephen Jones will wear the first piece.

â€œHe’s been asking me for ages and he’s such a good friend that I decided I wanted to do one, but there are no plans to do more yet, she said. â€œThere are far too many women in the world to design for. Yes, Lulu, yes there are – we’re among them.

And , yes, there’s more , Lulu has revealed she’ll be launching her first ready-to-wear collection in Japan next year, and plans for a cosmetics line could be on their way.

It’s fair to say we’re pretty excited all round.

Save up to 50% in the Lipsy Mid-Season Sale!