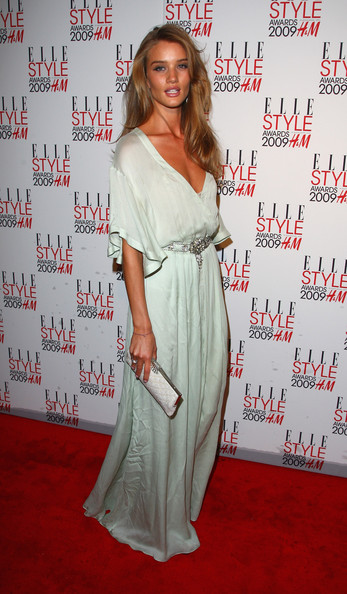 Following in the footsteps of Gisele Bundchen, Tyra Banks and Heidi Klum , who will be back on the Victoria’s Secret catwalk to presenting its annual fashion show next Thursday , Rosie joins Chanel Iman, Candice Swanepoel, Emanuela DiPaula and Lindsay Ellingson in this years Angel intake as the only British Angel.

â€œI’m very happy and proud to have been flying the flag for Britain at Victoria’s Secret for nearly four years now, Rosie , who scooped best model at this year’s Elle Style awards , told Vogue UK.

The Angel wings have shot models to a new level of success in the past, so we’re expecting Rosie to be flying high for a while.