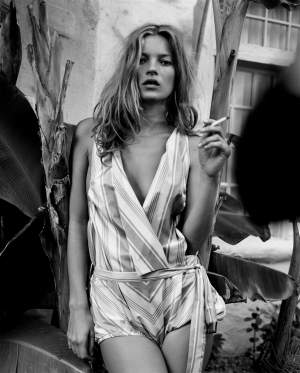 Read how Kate Moss has once again tarnished her role model image, watch a make-up pro at work and take a look at some of 2009’s best dressed…

Oh, Kate. First you upset Dizzee when you interrupted his interview to find your lipgloss and now you’ve gone and upset a load of other people. Make up your own mind about Kate Moss’ life motto by reading the interview that made headline news. – WWD

Our favourite series of Christmas adverts (apart from Coca Cola’s of course) has got itself into trouble for being sexist. We don’t think Marks and Spencer meant any harm, do you? – Fab Sugar

It seems we have another controversy on our hands! Tyra Banks has been forced to apologise following a comment made at an ANTM photoshoot broadcast last month. – Grazia Daily