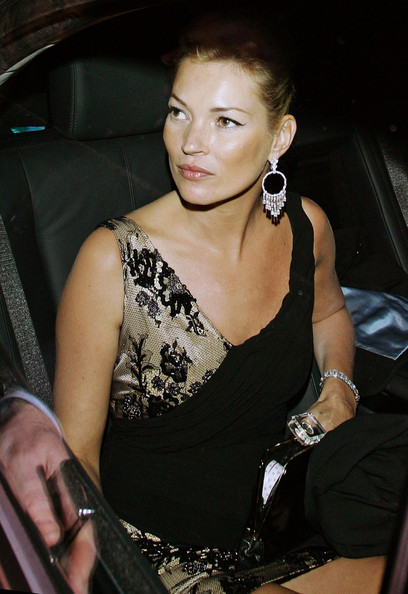 Oh, to be Kate Moss: it’s not your average Jo who can spot a bracelet they like on someone else’s wrist and get Sir Philip Green to buy it for them there and then, but that’s exactly what the supermodel did last week.

At a recent wedding in London, Ms. Moss spotted a fellow guest wearing a bracelet that she loved , and wanted (and what she wants she gets, especially with Uncle Phil on her arm). The fashion mogul bought the piece from the wrist of the wearer , aspiring jewellery designer Ann Dexter Jones, mother of the Ronson clan, who created the cuff herself.

We’re glad the hear that the supermodel didn’t leave her new friend empty handed , she swapped her newly designed bracelet for one she was wearing herself, which just so happened to be a classic Chanel piece, Elle UK report.

Lucky day? Clearly we were mixing with the wrong people when we swapped Spice Girl stickers and buttons.

The deal will no doubt work out well for both of them , the aspiring jeweller will no doubt gain a few fashion fans with Kate Moss wearing her piece, and as for the supermodel, well, she’s got a new design she can replicate for her Topshop line.