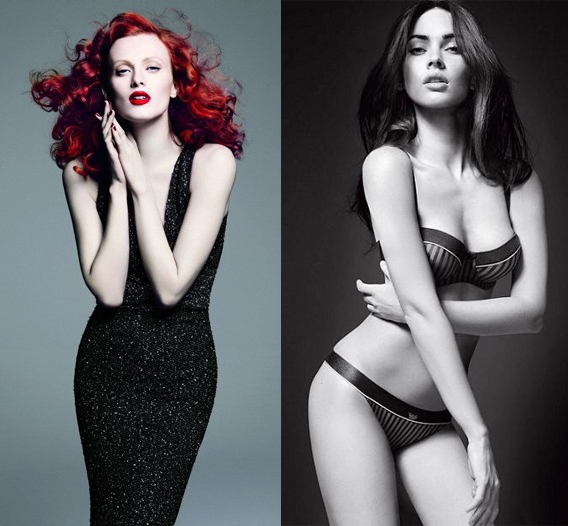 In light of the Selfridges exhibition on the decade, last week we announced that the nineties are officially back in fashion, and in true nineties style it seems that the trend for supermodels is well and truly on the up.

Models are indeed reigning supreme at the moment as Versace revealed Georgia May Jagger as the new face of its campaign, and knitwear label St John opted to give the brand a fresh feel replacing Angelina Jolie with model Karen Elson.

But not all fashion houses are bowing to the model trend as last week Armani revealed the pictures from its SS10 underwear and jeans campaign, which stars a sizzling Megan Fox.

We want to know whether you prefer to see the pros pulling their poses in campaigns or you like to see a bit of star quality on a billboard.