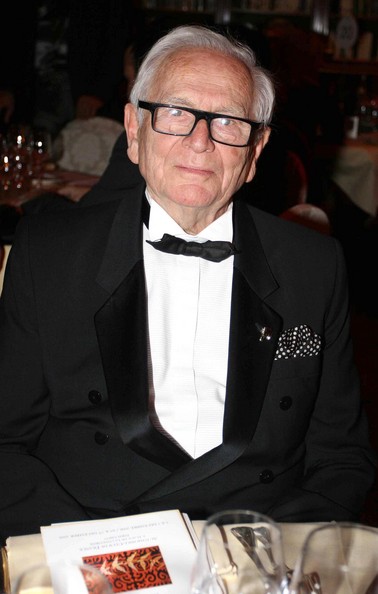 Pierre Cardin receives Superstar award
As he celebrates his 60th anniversary, it’s been announced that French designer Pierre Cardin will have something more to look forward to when he is awarded the highly coveted Superstar award by Fashion Group International for his contribution to the fashion industry. He will collect the award in later this year at a star studded ceremony that will recognize his many achievements from his beginnings at Christian Dior to his invention of the bubble dress. [More]

Elle Macpherson Top Model Judge
Finally it has been revealed who will be fronting the much-awaited new series of Britain’s Next Top Model. Following in the footsteps of British model Lisa Snowdon, Australian model and entrepreneur Elle Macpherson will be putting the new hopefuls through their paces and imparting some of her top industry knowledge. []

London Fashion Week goes Digital
As the fashion capital that’s never afraid to take a risk, London is set to continue its forward thinking reputation when it stages a live stream of all its catwalk shows come fashion week this month. Fashion fans across the globe will be able to watch all shows at Somerset House from the comfort of their sofas , who said fashion week was hard work? [More]

Olsen Twins launch denim line
There continues to be no end to the talents of our favourite fashion twins as they announce plans to further build their empire by launching a denim line. With style names such as Hendrix, Joni and Stevie, it sounds like we’re in for some well cut seventies style flares from the girls – groovy. [More]

Love bares all
Love prepares to bare all again when it reveals its latest cover for it’s third bi-annual edition next week. This time it’s not Beth Ditto revealing her every curve, but some of the world’s biggest fashion icons. Supermodels including Kate, Naomi and Natalia, whose figures are widely regarded as the most perfect in the world, have stripped down completely for the cover , measurements included. [More]

Elle MacphersonPierre Cardin
This page may contain affiliate links. We may receive a small commission when you click an affiliate link and make a purchase. This helps keep My Fashion Life running so we can provide you with high-quality content regularly. Thank you for your support!

Yvan Mispelaere on his new role