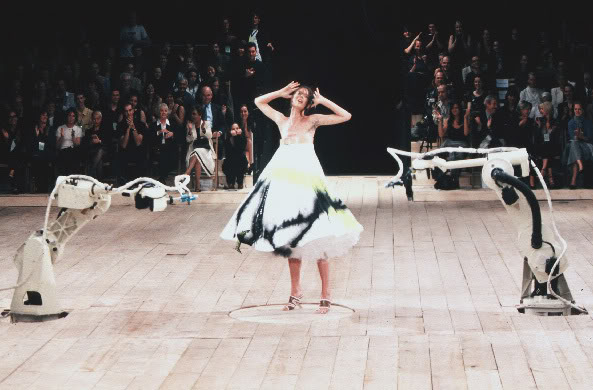 A dark cloud was cast over the fashion world last Thursday, when news was brought of British designer, Lee Alexander McQueen’s death. New York Fashion Week began with a sombre tone as news rapidly spread, regarding the demise of the prolific fashion designer whose lower-priced line , McQ , was scheduled to be presented that very afternoon.

Instead, friends, family and fans paid tribute to one of the most influential fashion figures of recent years, looking back at the many highlights of his successful career. Crowds descended upon Alexander McQueen stores to pay their respects with flowers, notes and candles while the London store lowered its McQueen flag to fly at half mast above the window display, which now shows only black drapes.

Aged just 40 at the time of his death, McQueen was seen as one of the most exciting designers in the business, constantly shocking and impressing onlookers at his conceptual shows, showcasing inspired designs, tailored to perfection.

Perhaps more significant to current and future designers however, is the fact that the â€˜enfant terrible’ of British fashion grew with the trends , and not merely in terms of fashion. McQueen’s last , and perhaps best , show, which displayed his spring 2010 collection, streamed live from Paris, enabling anyone with internet access to watch from the comfort of their own home.

McQueen was perfectly in tune to the possibilities of fashion and constantly pushed boundaries, making his mark in fashion history whilst setting the benchmark for Fashion Weeks to come.

The British Fashion Council are yet to decide how to mark McQueen’s passing but Lucy Yeomans, chairman of the BFC press committee told the Guardian: â€˜it is only right that London Fashion Week marks his passing in some way, pointing out that it was important â€˜to do something in keeping with his sensibilities and that his family were happy with.’

In the meantime, we take a look at some of fashion’s memorable moments, in the hands of one of the industry’s greats.

Spring 1997
McQueen’s models made a splash by walking on water for his spring 1997 collection. Click the heading above to watch a video of the catwalk show. 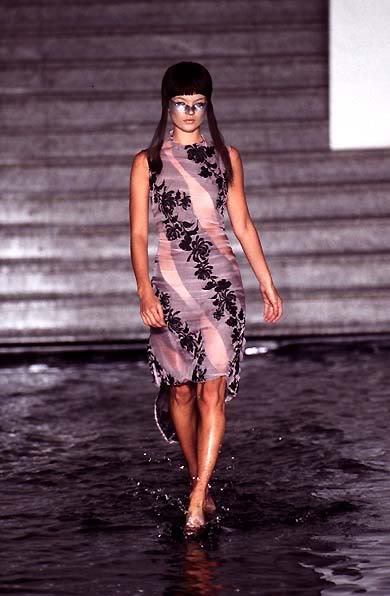 Spring 1998
Minimal clothing, maximum theatre. Rain poured onto the runway for the spring 1998 collection, entitled ‘Golden Shower’. Click the heading above to watch a video of the catwalk show. 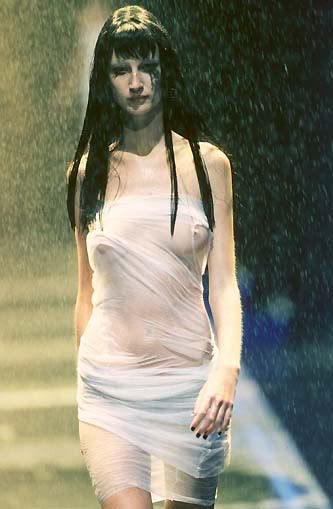 Spring 1999
One of McQueen’s most notorious shows was spring 1999, which finished with Shalom Harlow twirling in a plain, white dress as two robots fired primary-coloured paint at her, live in front of the audience. Click the above heading to watch a video of this unique performance.

Spring 2000
One of McQueen’s most dramatic performances involved models flying through the air, over dagger-like spikes. Click the heading to watch a snippet of the show, among other works. 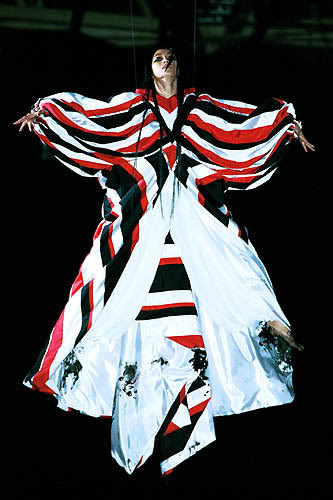 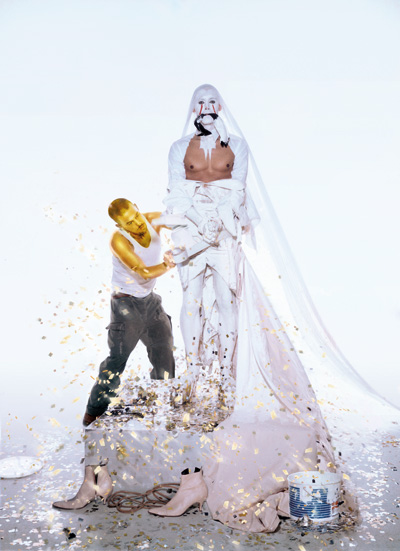 Spring 2004
Michael Clark choreographed a reenactment of Sydney Pollack’s film ‘They Shoot Horses, Don’t They?’ for McQueen’s spring 2004 show. Click on the heading to watch part of the romantic theatre unfold. 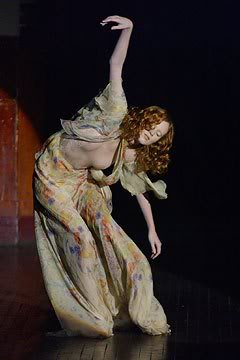 Fall 2006
One of the more memorable McQueen moments occurred in the fall 2006 show when Kate Moss appeared as a hologram, rounding off the runway collection. View the style icon’s ethereal appearance by clicking on the the heading. 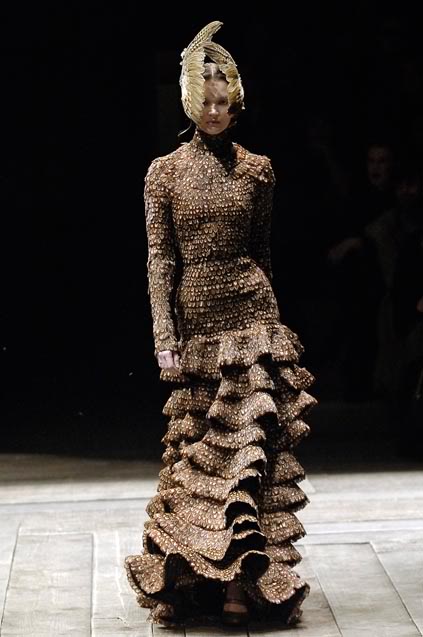 Spring 2008
McQueen’s spring 2008 show was dedicated to Isabella Blow, who had committed suicide not long before. Click on the heading above to see the models strut the catwalk underneath a pair of neon, angel wings. 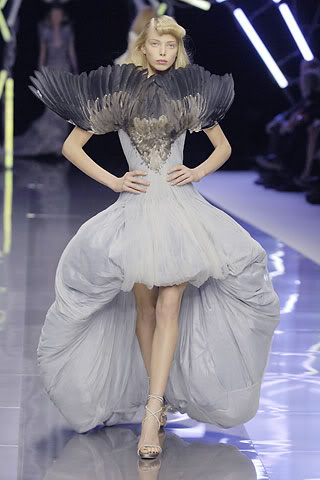 Taking inspiration from a 600-year-old elm tree in his garden, McQueen dreamt up the story of a girl that lived inside it and who came out to meet her prince. The dream became a reality in this regal feast of fashion for fall 2008. Click on the heading above to view the collection. 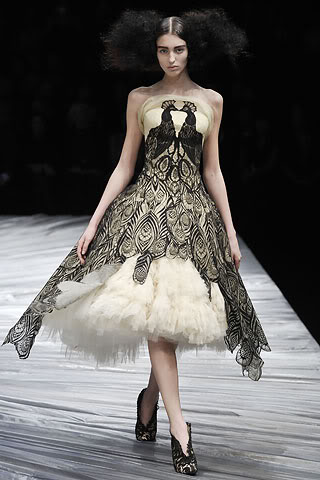 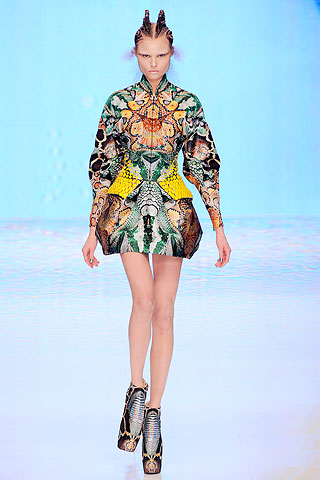 Fashion Week – for some – was all about Alexander McQueen. The concept. The spectacle. The drama.

Lee McQueen will be sorely missed. 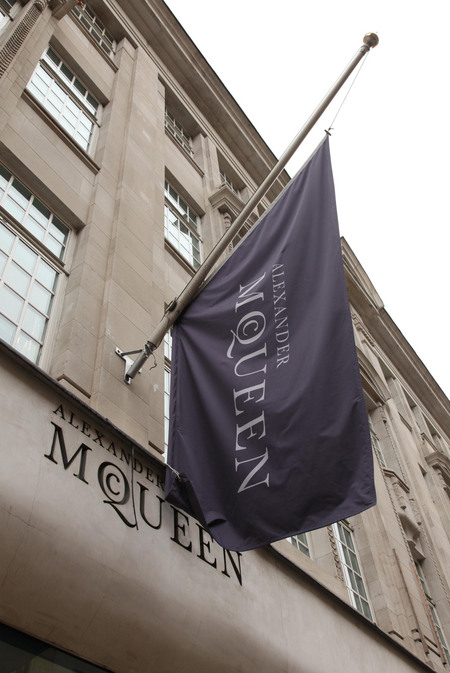 Your Top Five: Red Lipsticks, well February is the month of romance!