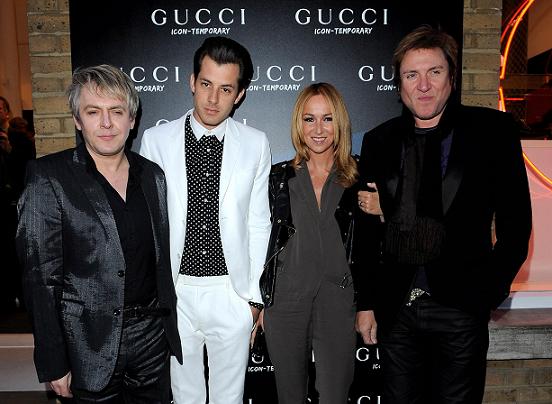 If you were on London’s Earlham Street last night, we’d forgive you for being a little starstruck. Last night fashion’s finest gathered in Covent Garden to celebrate the opening of the Gucci Icon temporary store – the third stop of the pop-up shop’s whirlwind tour across stylish cities.

And it’s all because of a certain Mark Ronson, who’s teamed up with creative director Frida Giannini to design a line of limited edition sneakers for the luxury label – something he knows rather well, being an avid collector and all.

And when you’re as rich and famous as these two, your guestlist tends to read rather well, too. Let’s see, Leigh Lezark and her Misshapes pals, Duran Duran’s Simon Le Bon and Nick Rhodes, Ben Hudson, Julia Restoin and Tolula Adeyemi were just a few of the 400 friends who helped celebrate the occasion.

So now that it’s officially open and all, us London folks best be quick; the Gucci Icon temporary store won’t be around for long, it’s still got one more city to visit in the coming weeks.

Georgia May Jagger on modelling for Hudson