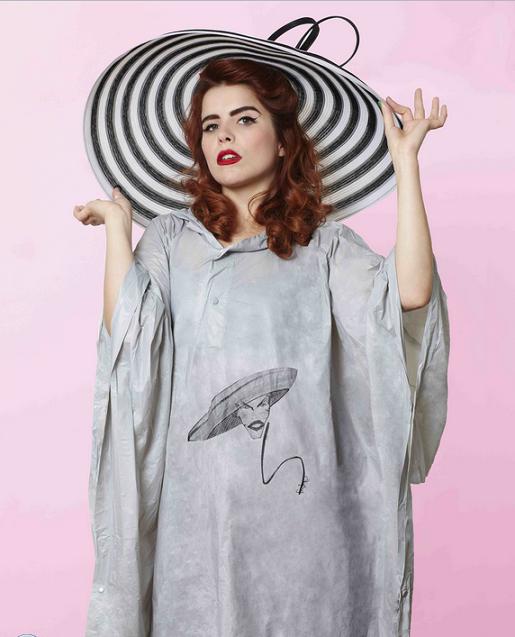 If, like us, you’re feeling rather blue about being stuck indoors while others are hop-footing it to Glastonbury this morning, we’ve got something that might just give you the festival spirit yet – four of the coolest names in fashion have worked their magic across a range of limited edition Splashmacs.

MandMDirect has enlisted the help of four fashion favourites to lend their talents to the latest range of festival-perfect Splashmacs – that’s a cheap and cheerful raincoat, to you and us – to keep fashion fans stylish in the rain, and with our typically bleak British summer, we’re rather thankful.

Designers Philip Treacy, Erdem and Holly Fulton and model Ben Grimes are the uber cool names to have designed a limited edition mac for 2010 – Philip Treacy’s comes complete with an avant garde sketch, Erdem’s is red with a signature floral print, Holly Fulton’s features a graphic print on a yellow background, and Ben Grimes’ shows a super-cute slogan raindrop.

And, as if we needed further excuse to ever wear something Erdem created, it’s all for charity. The proceeds from the designer Splashmac’s will go directly to the Teenage Cancer Trust to help support young people and their families through the disease.

The Splashmacs are available from MandMDirect.com now, for £9.99 – we almost want it to rain. Almost.