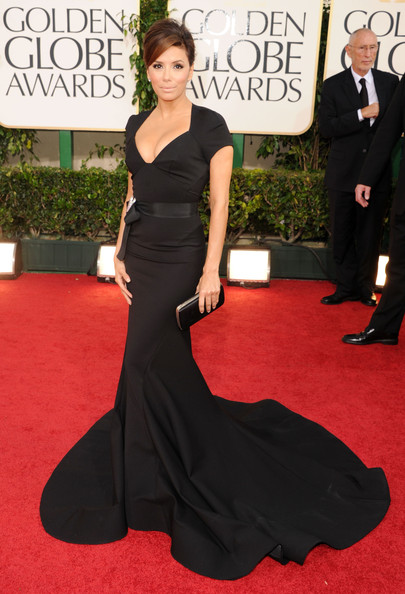 So we’ve given you the gossip as it happened and we’ve scrutinised the stars’ style to bring you the best and worst dressed – but that’s not all on our sartorial radar.

This year’s 68th Golden Globes saw some serious red carpet trends, and as our favourite retailers rush to get their hands on the key pieces and recreations, we’re here to round them up and show you what to look out for in elegant eveningwear this season. 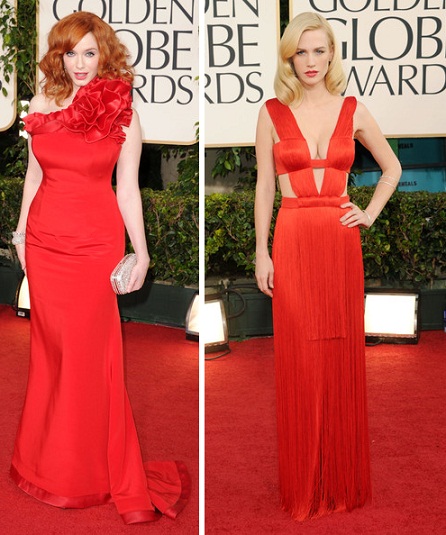 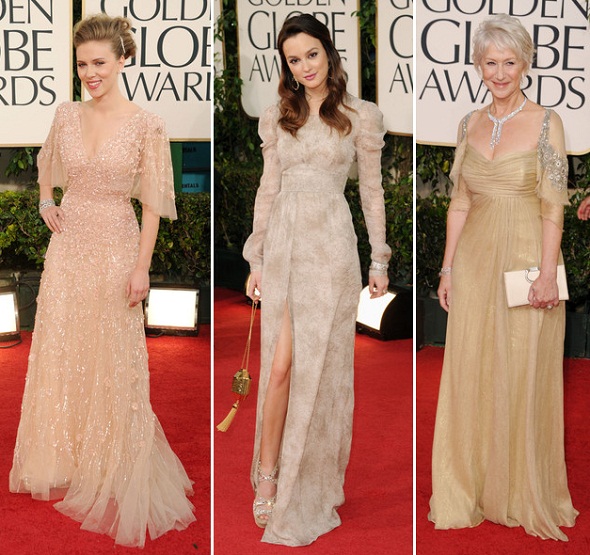 Soft and ethereal, this year’s romantic nudes were a subtle elegance on the red carpet with Scarlett Johansson, Leighton Meester and Dame Helen Mirren all opting for subdued blush tones and second-skin shades. 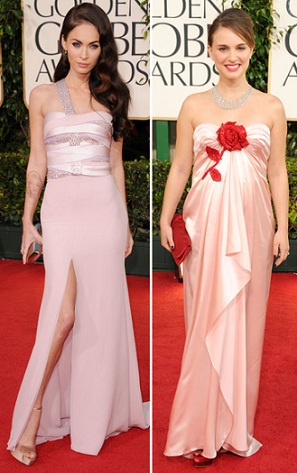 This year’s Golden Globes played host to a wash of pretty pinks and sweet honeysuckles. From Megan Fox‘s pastel Armani Prive to lady of the night Natalie Portman‘s blush Viktor and Rolf gown, this look was all about celebrating girliness. 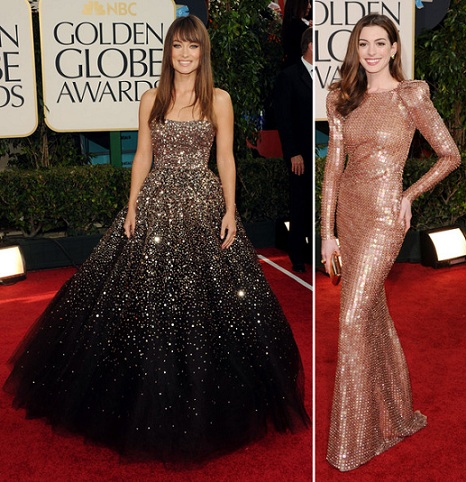 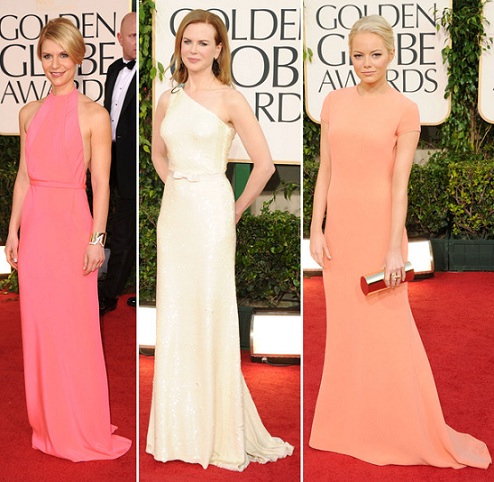 In stark contrast to the girls above, minimalism cut through the carpet as a serious style contender with the likes of Claire Danes, Nicole Kidman and Emma Stone opting for sleek, simple designs. 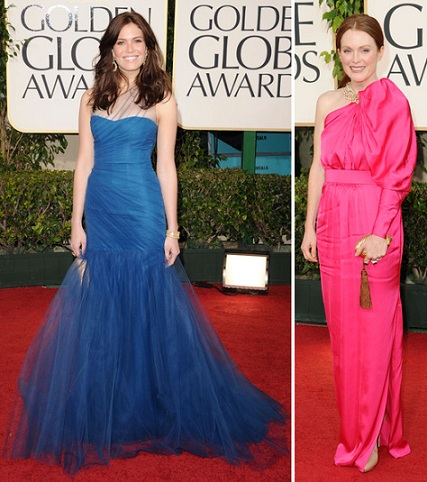 Channelling spring’s biggest trend, the stars weren’t shy about colour on Sunday as an explosion of eye-popping brights spilled onto the red carpet. From Mandy Moore‘s cobalt blue to Julianne‘s futuristic future, block colour brights were a big hit at this year’s Globes.