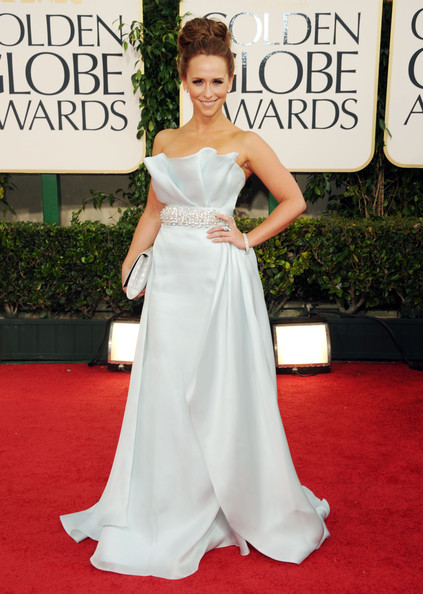 You’ve seen the sartorial highs from last night’s 68th Golden Globe Awards, now it’s time for the ones you’ve all been waiting for – the downright disasters.

From the all-too-familiar faces to the un-stylish surprises, cue the giggles and gasps as we reveal the worst dressed celebs on yesterday’s red carpet… 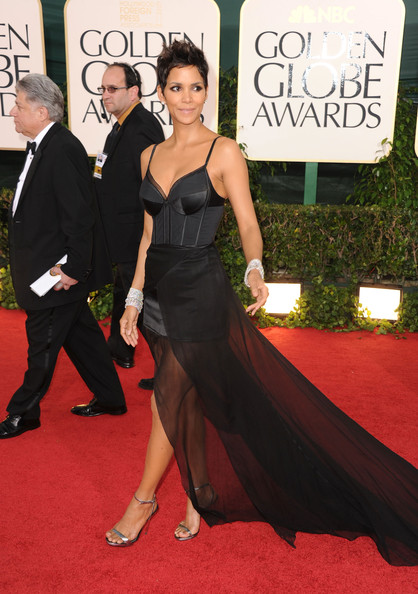 Despite most of Twitter raving over this, words fail us when it comes to Halle Berry’s Nina Ricci netted LBD – perhaps someone should tell her she’s not cat Woman any more. 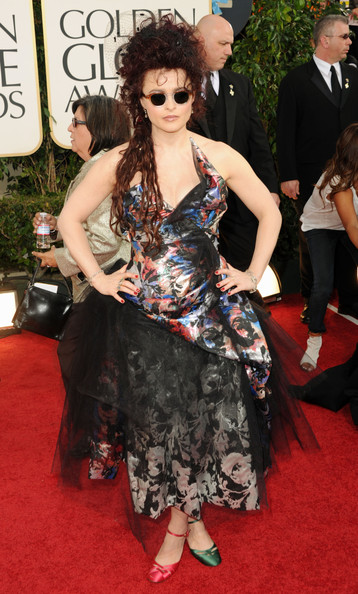 We’ve come to expect nothing less than English eccentricity from Helena Bonham Carter, but it looks as though Johnny Depp’s Mad Hatter has rubbed off all too much on the actress in this mixed-print net-skirted Vivienne Westwood dress, Lennon shades and mis-matched shoes. Shame neither of them matched her dress. 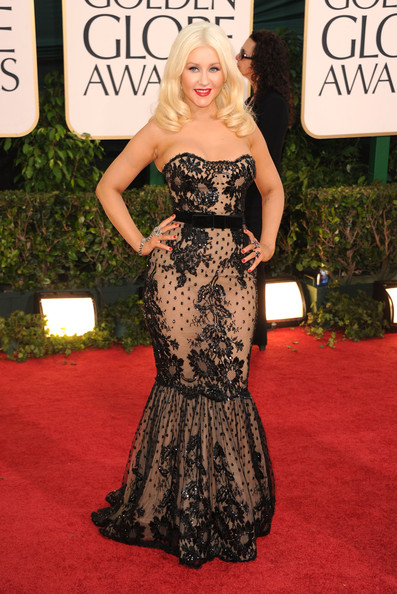 Christina Aguilera hasn’t been scoring all that highly in the style stakes lately, and unless she was trying to look like a mermaid, we’re sorry to say this Zuhair Murad frock hasn’t helped her much. 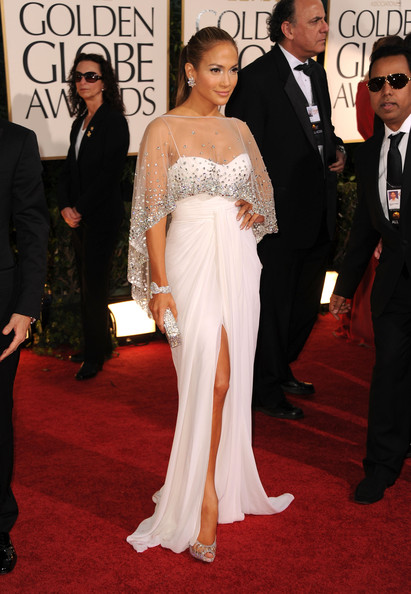 Another miss for designer Zuhair Murad, who doesn’t seem to be having much luck at the this year’s Golden Globes – just look at this whiter-than-white wedding-inspired gown Jennifer Lopez wore on the night, complete with a diamond-encrusted cape. 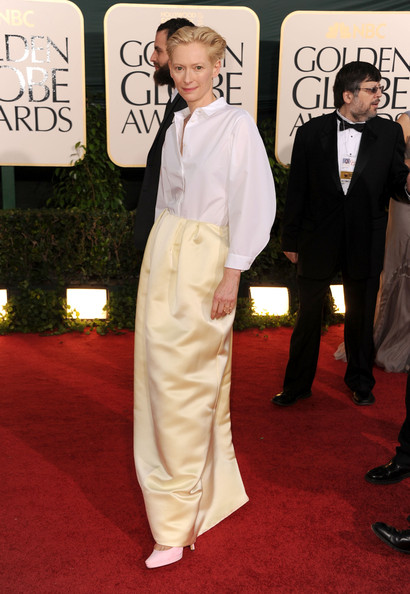 Always one to break the mould, Tilda Swinton‘s efforts to do things differently in new-season Jil Sander didn’t pay off this time – the lemon skirt and crisp white shirt looks awkward on the androgynous actress. 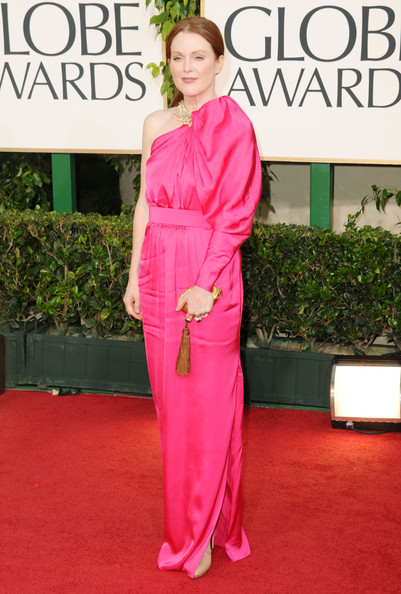 Last but not least is (regrettably) American actress Julianne Moore – who made quite the fashion faux pax in this ill-fitting one-puff-sleeved Lanvin dress – shame, because the colour’s great.