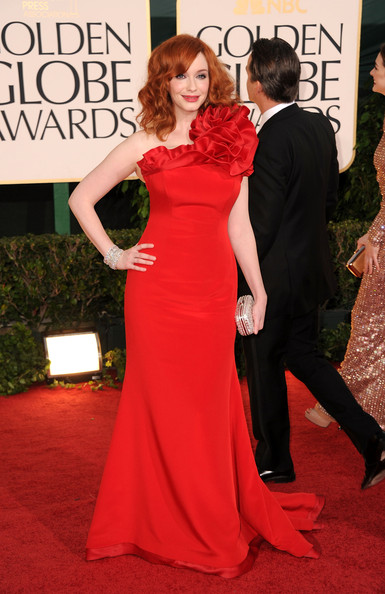 It’s that time of year again when the longest red carpet in Hollywood plays host to the 2011 Golden Globe Awards, and in case you missed our live coverage last night, we’re here to round up the front-running designer frocks and the what-were-you-thinking disasters.

From statement scarlet red and rich emerald green to romantic peaches and nudes, take a look at our pick of best dressed celebs that wowed at the Beverly Hilton last night… 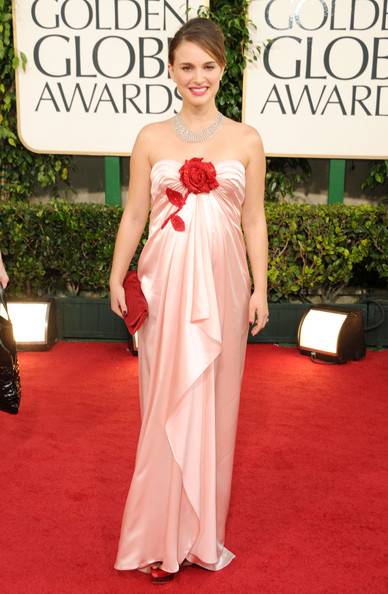 Next up, Black Swan actress Natalie Portman survived the pressure in an elegant Viktor and Rolf silk blush dress with a red sequinned floral embellishment and matching red accessories that we got to see in all the more details when she picked up her Best Actress Award. 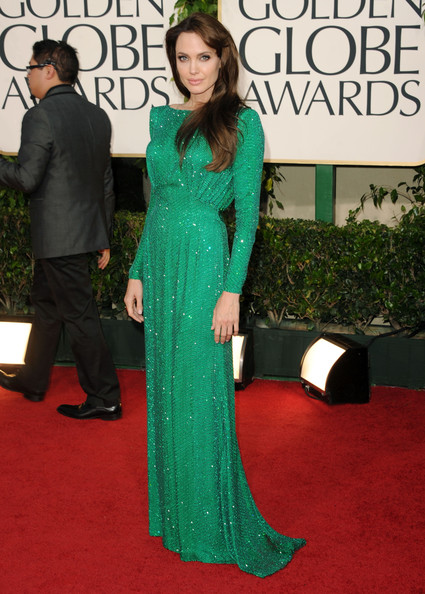 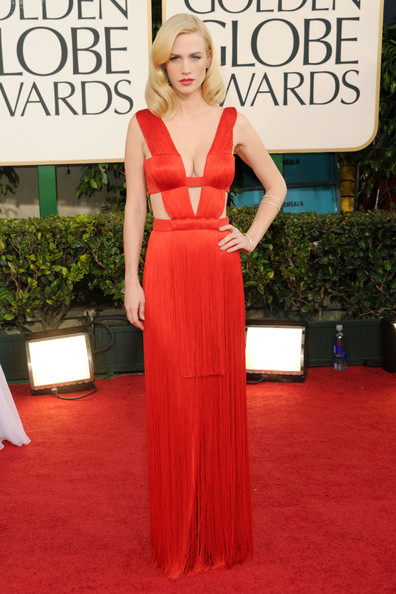 Following in the Versace suit was Mad Men actress January Jones (no surprise there), who pulled off flashing all that flesh in a cut-away floor-sweeping red fringed gown. 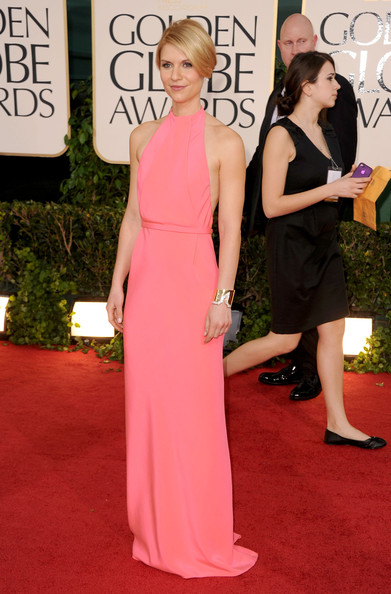 Claire Danes led the way for spring style and opted for a neon pink Calvin Klein halterneck dress – it’s a hard cut to pull off, but the minimalist column cut and colour-popping pink saw this actress reach new sartorial heights (and pick up a Best Actress for TV Series Award). 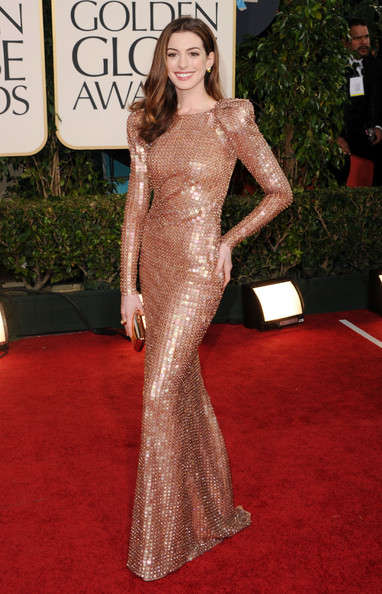 Dressed in a jaw-dropping figure hugging Giorgio Armani dress was actress Anne Hathaway, who too went for big shoulders, long sleeves and sequins on her champagne-coloured dress. 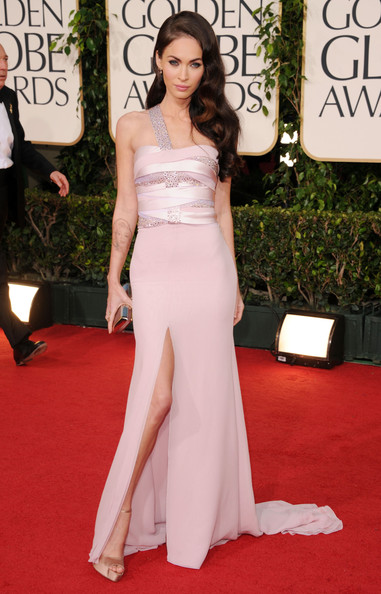 Sticking to Armani was former face of the label Megan Fox, channelling a sweet Seventies siren in a blush pink gown with silver bead embellishment and a thigh-high split to boot alongside tumbling side waves. 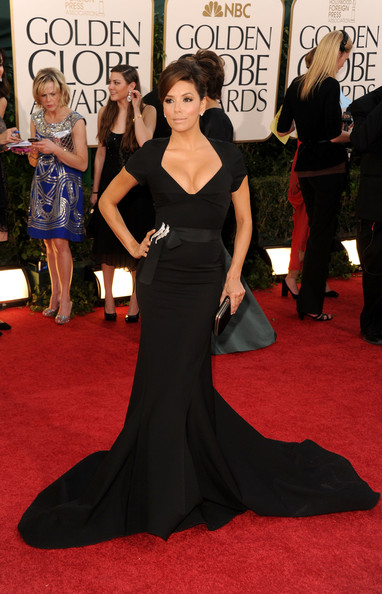 Looking as stylish as ever in Zac Posen last night was pint-sized diva Eva Longoria– the figure-hugging cut, cinched-in waist and fish tail finish definitely worked a treat on this LBD. 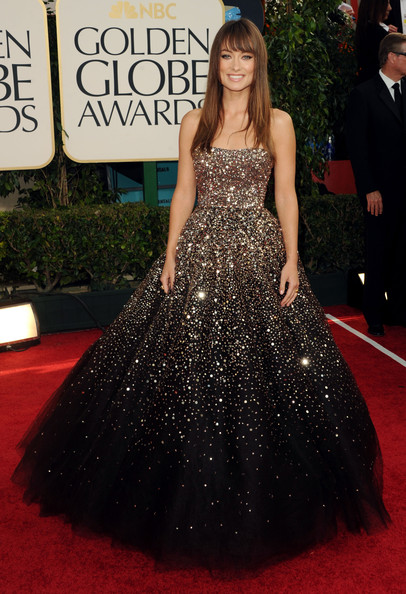 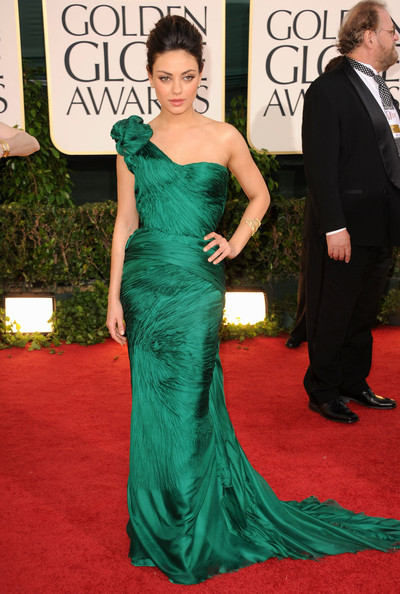 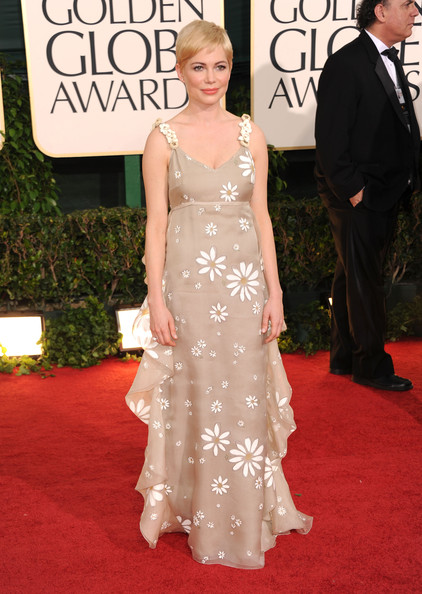