Launched just last year, Zoe Karssen has already made a name for herself in fashion as a talented designer of quirky wardrobe separates.

Often referencing pop icons from film and music – her inspirations include Kate Moss, Alison Mosshart, Blondie and Marilyn Monroe – her pieces are the perfect antidote for those who want something a little different but don’t want to pay the world for it.

This ‘Young Americans’ tank top references a 1975 David Bowie song and album. It also includes the address of a venue in New York which is now considered as the birthplace of American Punk. This is a woman who certainly knows her pop culture.

With its relaxed scoop neck, Zoe’s pieces were made to be worn at festivals so, if you are venturing off this summer, this might just be the one for you. It’s longer in length than your average vest, making it ideal for wearing with skinny jeans or leggings.

Team with a suede tassel cross body bag and some sunnies, and you’re done. Mossy eat your heart out… 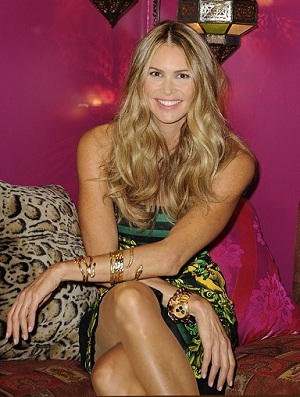 House of Fraser's best ever sale is still on!