Overall: Christopher Kane’s space-age theme hasn’t waned – instead it’s grown up, simplified and strengthened. In what’s, perhaps, one of the most talked about shows of London Fashion Week this season, the Scottish designer sent a string of streamlined dresses and separates in shimmering leather down the runway, delicately embroidered in silver and gold so that from a distance it appeared almost wet to the touch. Shift dresses featured slashes across the hips and elbow, mini brocade dresses came in bronze or pale gold and small A-line skirts in pale mint were teamed with sleeveless golf sweaters. Pieces that weren’t embroidered were printed with bold, glittering flowers in electric cobalt blue or black and white, but the best pieces by far were Kane’s embellished creations. Encrusted mini skirts, jackets and mini dresses, densely packed with sparkling crystals, gave a completely contemporary approach to the art and felt effortless despite their extravagance. It’s a stunning collection from Christopher Kane next spring, and though this may seem like one big gush, that boy is one clever, clever man.

Watch the video of Christopher Kane’s spring/summer 2012 collection below: 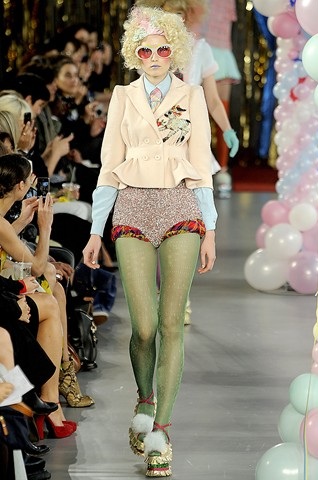 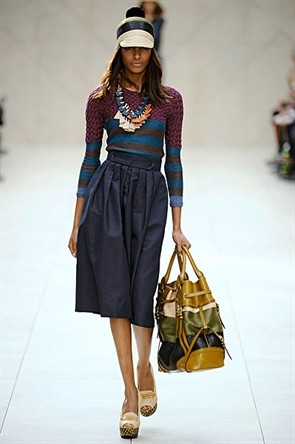