Lowlights: It’s completely crazy and, at times, a little hard to follow.

Overall: Today we regressed back to our childhood, or so it seemed when we walked into the Old Eurostar Terminal at Waterloo. Towers of pale pink and baby blue balloons arched over the runway as Spice Girls’ Wannabe blasted from the speakers, much to the approval of our seven-year-old selves. They would be pleased again, as it happens, when a pack of dolly girls, powdering their faces with puffs, playing with their skirts and pouffing their hair, appeared on the middle of the catwalk and cracked into a can-can when models began to walk the runway.

White afros, pom poms and a healthy helping of glitter, Meadham Kirchhoff appear to have taken their inspiration from the circus for spring 2012, but that’s not to assume their collection is fool’s play. In fact, among the crazed chaos, there are some beautifully constructed pieces. Brocade dresses feature frilled edges, echoing the enlarged versions on models’ clown-like platforms; rhinestones encrust big knickers; knitwear comes with a smattering of hearts and pinafore dresses feature teddy bear faces or are smothered in mis-matching buttons. Better still, perhaps, are the beautifully tailored wool jackets, laser-cut leather layers and brocade dresses that become more structured and exaggerated at the hip by the minute.

Just when you thought this couldn’t get any better, then came the darling little ballerinas in butterfly-backed tutus, who pliéd and flapped their hands at the front row before topping a giant cake as the models came out for a second round. It certainly sounds wacky, but it really was a spectacular show. Meadham Kirchhoff have an ingenious way of translating weird ideas into the wonderful, and today’s showing was exceptionally effective, if the cheering and clapping at the end is anything to go by (those who weren’t already standing even rose to their feet in appreciation). Outlandish and magical, we feel like we floated into a fantasy land today – and how brilliantly bonkers that world was.

Watch the video of Meadham Kirchhoff’s spring/summer 2012 show below (it really is a must-see):

LFWLFW SS12london fashion weekLondon fashion week spring/summer 2012London Fashion Week SS12Meadham Kirchhoffs/s 12
This page may contain affiliate links. We may receive a small commission when you click an affiliate link and make a purchase. This helps keep My Fashion Life running so we can provide you with high-quality content regularly. Thank you for your support! 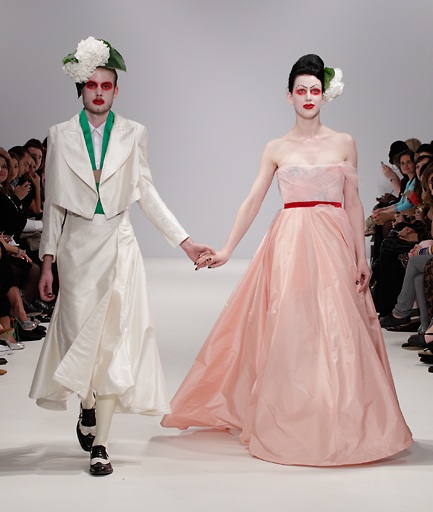 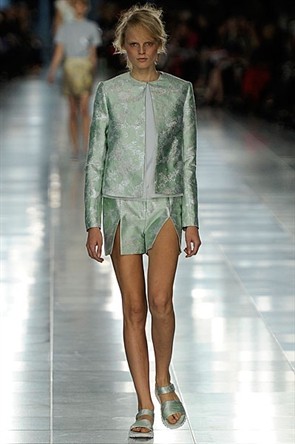