“It’s so good being bad,” said Rihanna in her mega hit S&M, and rightly so. They’re the lyrics some fashion designers swore by when translating their inspirations for AW11 onto the catwalk. Fashion’s eyes feasted on this season’s celebrated fetish trend: a voyeuristic welcoming of PVC and rubberised separates punctuated with seductive frills and sheer inserts. It was definitely as case of good girl gone bad and, quite honestly, I’m still unsure about it.

Wondering outside of the realms of the secretive bedroom in dominatrix-inspired apparel is a frightening concept. Yes, the underwear-as-outerwear trend of seasons past has become something of normality; I still can’t help but feel squeamish at the debauched thoughts of the man in the grey coat on the number 42 bus who could most possibly be undressing my peek-a-boo lace Marc Jacobs creation with his eyes.

But the question that most troubled me when I sat down, Starbucks-ready, and dissected every autumn catwalk look was this: what made it ok this season to turn all unchaste and bedroom un-coy? Where had the shocking brights and multiple doses of SS11 minimalism gone? And most importantly: what purpose was an affinity for fetish going to serve?

After all, wouldn’t it be a bit insensitive to stroll though Hyde Park, whip and night porter cap in tow? But then again, fashion hasn’t really served a purpose other than making the ostentatious acceptable and allowing fashion virgins to ‘come out of the closet’ (pun intended).

Naturally, I turned to the worshipped domain of celebrity to seek answers – Gaga being the obvious choice, but Rihanna more so. They are, sadly, the current yardsticks of survival; whatever of theirs we can emulate on our meager earnings, we do, and in my eyes, no one has probably been more responsible and made a bigger point of putting S&M on the catwalk than flame-haired Rihanna.

In her aptly named video S&M, we witnessed a man-cum-b**** sporting a bubblegum pink night porter cap – it’s black counterpart we came across at the Louis Vuitton AW11 show – and Rihanna herself in a Mugler-esque, sheer PVC number, not without referencing her extreme passion for Gaga look-alikes gyrating against blow-up dolls.

Maybe Mr. Jacobs was busy listening to S&M whilst conjuring mental images of his AW11 offerings at Louis Vuitton, or maybe Rihanna’s ‘out the box outta line’ approach is a warrant for this trend to be taken outside of the bedroom; its appearance on the catwalk has still taken many aback. Creative head at Alexander McQueen, the celebrated Sarah Burton, spoke of the AW11 collection as empowering the woman, but not necessarily in the male way.

But when women carry whips like handbags; let loose in bum-skimming shorts à la Moss for Louis Vuitton and wear harsh appearing harnesses as neck adornments, how do we explain this in the boardroom, or to Mr McKilnock next door when caught leaving for a fashion party looking like an extra from Madonna’s Sex?

Yes, ok, the insertion of demure lace panelling and frilled edges provided a flirtatious and somewhat softer facet to a hard hitting aesthetic, making it appear more ‘acceptable’; but I yearn to find out the reaction we would have garnered had Nicola Formichetti sent his girls out, sexual slaves on leads, at the Mugler show.

I’m all for raging new trends and floral prints so big and bold they give Erdem a pollen allergy, but for now, I’ll leave the men gaffa-taped to walls, latex-clad suggestive poses and peek-a-boo slices of chiffon-covered nipple safely behind closed doors and let my fur Gucci stole and Jonathan Saunders midi do the fashion talking.

Fetish, I’m clearly not obsessed with you. 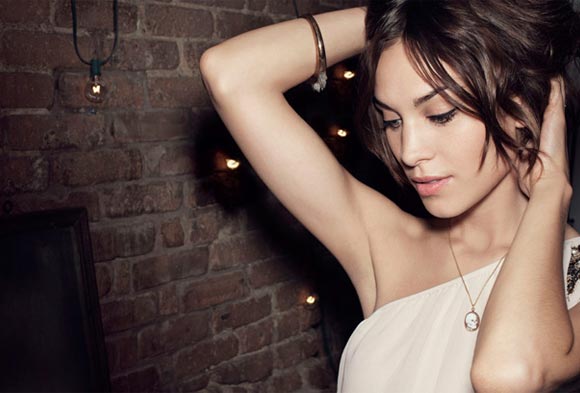 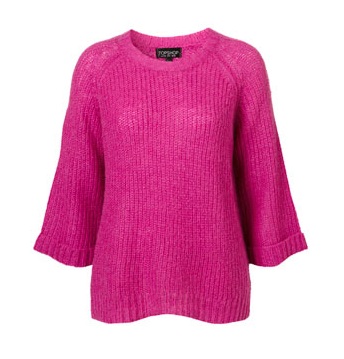