We think we can all agree Pippa Middleton’s Sarah Burton for Alexander McQueen bridesmaid dress attracted an obscene amount of attention since its debut at the Royal Wedding almost seven months ago, and the hype doesn’t seem to be stopping anytime soon.

A few months ago, Debenhams released its own versions of both of Pippa’s royal wedding dresses (the other of course being the turquoise Alice Temperley gown), both of which were both almost identical and very affordable, but Alexander McQueen is offering the (almost) real deal for £1,995.

Yes, the big news of the morning is that Alexander McQueen has released a carbon copy (give or take a few miniscule details… Pippa’s dress had lace inserts, for example) via Net-a-Porter for what is deemed to be a reasonable price considering the significance and hype of the original.

At the time of publishing this post, the smallest size is already sold out, so if you think the purchase will give your posterior even half the amount of attention it has given Pippa’s we recommend you act quickly.

Pippa may not have the exact same pulling power as the Duchess (a Kate-inspired dress would no doubt be sold out by now) but she is a Middleton after all, so shouldn’t be underestimated. 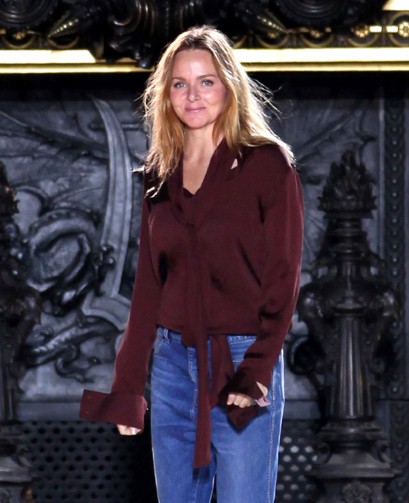 Turn your tweets into art with the help of four fab British illustrators!