Looks like it isn’t just Angelina Jolie’s stunning appearance at the Golden Globes that has everyone talking. Rumour has it that the award-winning actress, goodwill ambassador and mother-of-six is around three months pregnant with her and Brad Pitt’s seventh child!

Not that you’d think it judging by how svelte she looked in her figure-hugging Atelier Versace dress at the Golden Globes, or indeed at the Producers Guild Awards at the weekend, above.  (How stunning does she look by the way? Do we think it’s the pregnancy glow that’s making Ms Jolie extra-radiant these days?)

“She’s almost three months along,” a source allegedly told OK! magazine. “It’s not something she wants to officially announce but she’s at a point where she is telling a select group of people.”

If the rumours are true, this will be the seventh child in the ever-expanding Jolie-Pitt brood, and the fourth baby Angelina will have given birth to.

As always, we’ll be on bump-watch, not only for pregnancy confirmation, but to keep a beady eye on the maternity fashion – which we have no doubt Angelina Jolie will be a master of! 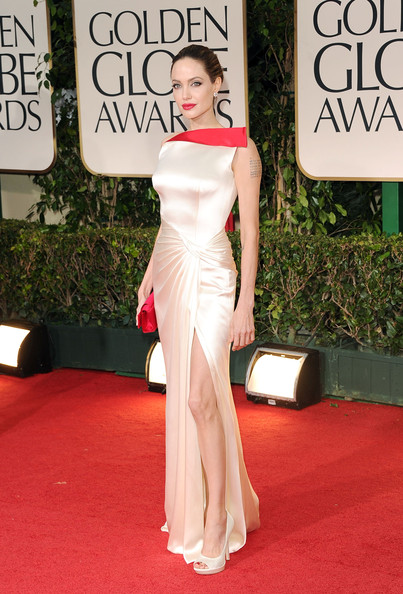 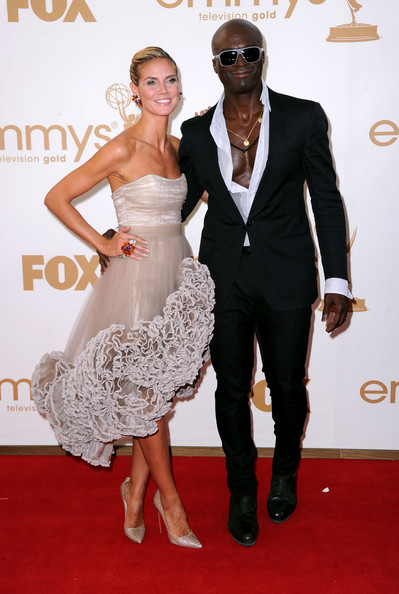 It’s official: Heidi Klum and Seal are getting divorced!