A few months ago, we told you that Stella McCartney would be coming to London to host a glam, star-studded dinner to celebrate a fab, one-off collection (in addition to her runway show during Paris Fashion Week next month, of course) and lo and behold, that’s exactly what she did at the weekend!

Stella held a lavish black-tie dinner for the famous and fashionable in Mayfair, as the likes of Rihanna, Kate Moss, Katy B, Twiggy, Nick Grimshaw, Dionne Broomfield, Anja Rubik and Vogue editors Anna Wintour and Alexandra Shulman were among the A-listers in attendance.

The collection is said to be all about pulling off the classic eveningwear look with ease and effortlessness. There was an abundance of rich, aquatic shades within the collection, as well as Stella’s signature monochrome. Although most of the collection was very feminine in terms of cut and colour, there were classic masculine infusions in there too, by way of oversized tux jackets and suits.

Ever the accessory enthusiasts, we predictably were all over the oversized gold jewellery and elongated clutches – looks like big is back and we are loving it!

Guests were then treated to a surprise show mid-dinner, which involved the likes of Shailene Woodley, Amber Valetta, Yasmin Le Bon and Lucie De La Falaise performing a routine choreographed by Blanca Li to the tune of Led Zeppelin, while of course dressed in Stella’s brand new collection.

Other entertainment for the evening came courtesy of Dutch illusionist Hans Klok and the wonderful Alexa Chung, who performed some of his greatest magic acts together.

We wish we were there! Stella McCartney’s one-off collection will be available worldwide this July. Check out a few of our favourite looks in our gallery below.

ACCESSORY ALERT: Get a dose of finger fashion with these crystal and stone rings! 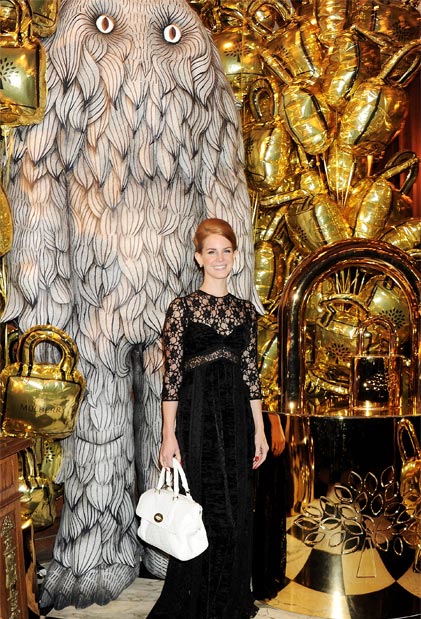